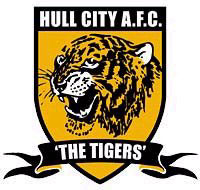 Wigan Athletic have good memories of a 5th Round win against Hull City back in 1987, how our world has changed since then, here is the preview with some interesting past result, stats and links.

23 years ago saw our best ever run in the FA Cup which saw us reach the quarter finals against Leeds, beating Hull 3-0 along the way. Hull City were a second division club then with us languishing in the third division.

Times have changed massively for both of us as we have seen us rise through the leagues whilst Hull City have now joined us in the top flight.

It will however be somewhat of a reserve team that we’ll both send out, as we see ourselves getting closer and closer to a relegation battle both managers will not want to risk the good players we do have, whilst on the flip side they will want to see what some of the fringe and youth team players can do.

Kirkland will no doubt be rested which will probably see Mike Pollitt fill in, whilst the likes of Antonio Amaya, James McCarthy, Jason Koumas and Won-He Cho are likely to get rare starts. Hull could possibly turn out old Latics men Kevin Kilbane and Caleb Folan, Bullard is out again and so will definitely not play.

Our record against Hull sees us edge it at 2 wins and 1 loss, all matches at home. Hull’s only cup win against us came in the Carling Cup 18 months ago, that coupled with the very one sided affair we managed to lose in the league earlier this season will hopefully spur us on to a fourth round appearance..

For all Latic’s results in the FA Cup CLICK HERE