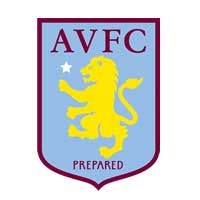 The highs and the lows of the last seven days should be put behind us as Martin O’Neil’s Aston Villa are the visitors for Wigan Athletic on Tuesday night, let’s hope we get a similar performance to that against Liverpool and not the one from Bolton.

We see Villa come to the DW Stadium looking for their first ever win in March for their manager, but with their current form seeing them as the draw Kings we will look to cause another upset similar to that on the opening game of the season.

Roberto’s tactics have proved that they can pull off some decent results against the better teams, unfortunately when it doesn’t work we see reverses like the one at the weekend. Consistency is what Martinez strives for, we beat Liverpool then lose to Bolton, beat Chelsea lose to Hull, beat Villa lose to Wolves…. it has been a bizarre season of results but what is needed now is the consistency for the run in.

Villa’s goalless draw at Stoke at the weekend is par for the course with them at the moment, recent seasons have seen the Villains’ tail off and if they are not careful they drift out of the challenge for that fourth spot. To be brutal though, they haven’t really set it alight at all this season, but are still in the hunt now it is coming to the chunks.

Caldwell will be one player that will want to forget about the weekend, the Scot has been immense since his move and we have to hope that he got all his mistakes out of his system as he will need to be back to his best for this game.

Roberto doesn’t seem to have any more injury worries and so he can start with the same team that did a job over Liverpool, he might also have Mario back to help out if he feels the defence need it. Latics have a very good record against Villa and it we need to get back to doing the basics right, we showed last week that we CAN do it, the players are good enough and the manager is good enough.

What we don’t want to see is an idiot waving about a ‘Martinez Out’ Banner, our gaffer is trying to revolutionise this club and the way it plays it’s football. This year/season was all about transition, it was said from day one that he would need at least 2 or 3 windows to get the squad size and the players in that would be able to comfortably play the way he wants and so far he is on target, I believe that he would have wanted safety to come a little easier, but it is in sight and OUR SUPPORT is what is needed right now.

Steve Bennett will be the referee.