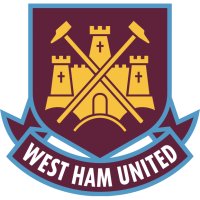 Well it’s back to Premier League business after the International break which saw England book their place in the World Cup finals next year in South Africa, West Ham United are our visitors.

Roberto Martinez will want to gets some home points under his belt as West Ham United roll into the DW Stadium, after the impressive opening game of the season Latics have yet to show anything like the same form.

Saying that we did put in a great show in the first half of the United game and we were desperately unlucky not to get anything out of the Wolves and Everton games but Bobby is going to have to get the team playing well and consistently if he is going to avoid the doldrums of a relegation battle.

West Ham is possibly our best chance to get points out of our next few matches and so we have to hope that the International break has not upset his preparations too much. As far as we know there is only Kapo on the injury list and we don’t know whether trialist Modeste M’Bami will sign for us in time to play.

The Hammers themselves have only registered a draw and a win so far this term and both were very unconvincing, showing that they aren’t going o be having an easy a ride as they had last season. Zola has several injury worries plus a team that seems disjointed at best.

This is definitely a game that could see our fortunes turn, but focus and concentrating with a bit more pace is needed. Sometimes it has been painful to watch the smooth passing game that Bobby is trying to instil, I think the players need to realise that to break down teams there needs to be that sense of urgency.

Hopefully now there aren’t going to be any more disruptions to the team, they will all knuckle down and prove to some of the moaners and doubters in the fans ranks, that they can do the job.