Let’s plan for a brighter future 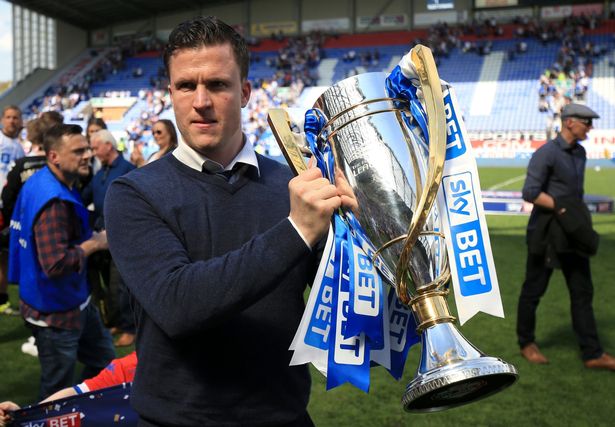 It is time that Wigan Athletic begin to assess where it has gone wrong this season and build for the next campaign.

Only a minor miracle will prevent us from dropping back down into League One after just one year in the Championship, as although it is conceivable that our nearest rivals will drop points, there is a very slim chance that we will get anything against play-off chasers Reading and Leeds.

Relegation is undoubtedly the last thing we wanted after performing so well to go up as champions, but it is sadly the end result of a campaign that has been littered with a number of mistakes off the pitch and a series of poor performances on it. Even if Bookmaker Ratings may tip us to bounce straight back, there is plenty of soul searching and work to be done before we can feel confident that Wigan have learnt the harsh lessons of this season and can grow stronger as a result.

The first area that David Shape needs to address is finding a proven manager who has the leadership and man-management skills, along with the experience required to make a big difference at the DW Stadium.

It was perhaps harsh on Gary Caldwell to see him leave in late October after guiding the club back into the Championship at the first time of asking, but football management is a ruthless industry; you can go from hero to villain in a heartbeat.

Signing the likes of Nick Powell, Stephen Warnock and Nathan Byrne, along with bringing fans favourite Jordi Gomez back to the club, certainly raised hopes that Wigan would be able to be competitive in a brutal league that takes no prisoners, but winning just two of his first fourteen games meant that the writing was on the wall for Caldwell.

Then came the calculated gamble that backfired spectacularly in Sharpe’s face – the decision to appoint former Manchester United reserve team manager Warren Joyce as Caldwell’s successor. The fans backed him all the way until it became apparent that he was well out of his depth at Championship level as the team descended even further into danger and never looked like clawing their way out of it under Joyce.

Losing Yanic Wildschut to Norwich in the January transfer window was a huge blow, but while the concept of buying players from the lower leagues (Omar Bogle and Mikael Mandron) may work in our favour down the line if they develop into the sort of player that Jamie Vardy has become at Leicester, it did little to ease our concerns that Wigan were heading straight back down.

It was no surprise that Joyce was sacked in mid-March after yet another dismal defeat (he lost 12 of his 23 games in charge), and while Graham Barrow has done all he can to repair the damage as caretaker manager, it has become a case of delaying the inevitable. Sharpe needs to seriously consider his options, and perhaps even consult his granddad Dave Whelan for guidance on who to turn to next as while Barrow has a good chance of earning his second permanent spell in charge of the club, Wigan can simply not afford to make any more mistakes when it comes to managerial appointments.

The harsh reality of relegation often means that clubs have to cut their wage budget and see their best players leave for pastures new. Wigan are no different in that regard, and while we can only hope that the current squad is not torn apart by the seams, we have to be realistic and accept that the likes of Powell, Dan Burn and Michael Jacobs may be attractive options for Championship clubs.

Add in the fact that Warnock is out of contract and the probability that Gabriel Obertan will not fancy the prospect of playing League One football, and you can see the exodus coming before it has even happened. Keeping hold of the core of the squad could be key, and if Wigan are somehow able to persuade Wigg Grigg and Powell, who has been in superb goal-scoring form of late, to remain at the DW and help the club to bounce back again, then we will feel much better about the future. It could certainly make us check the best bookmakers listed on Bookmaker Ratings to see what value Wigan are to finish next season as League One champions again, as both stand out as our best hope of scoring goals and, if truth be told, deserve to play at a much higher level.

One way you could describe this season is that Wigan were simply overwhelmed by the unforgiving nature of the Championship and were unable to stand up to the challenge. The team have learned the hard way just how ruthless and tough it is, with the gap between the Championship and League One growing as each year passes by.

Being relegated certainly hurts, but we can only hope that the team can grow and learn from their mistakes; it is the only way to overcome the feeling of disappointment and regret that surrounds the club at the present time. Barrow may be the one that has to deal with the unfortunate necessity of watching players leave in order to balance the books, but we have proven before that we are able to attract good players that are hungry to succeed and make their mark at Wigan.

Remaining united is the only way that the club will emerge from these dark times stronger and better than before, and while the pain of relegation is likely to hurt for a while, given how the Championship campaign has unravelled in front of our eyes, we can only hope that Wigan learn from their mistakes and make the right decisions on and off the pitch that lead to a much brighter future.