Ipswich Town has had gaming sponsors and drinks sponsors.

Ipswich Town has had gaming sponsors and drinks sponsors. Now it is singing for its supper with shirt sponsorship from superstar Ed Sheeran.

Sheeran is a famous Suffolk resident and has been living in the English county since childhood. He has immortalized the place in several songs. He is also an avid Ipswich Town fan. So it is perhaps not surprising that he chose to put his money where his mouth is and sign a shirt deal.

Sheeran wanted to show support for the local community by sponsoring the side’s kit. But rather than a name, he added a mysterious pattern to the shirts which features the plus, divide, and multiply signs, plus the word “tour”. He has used these as titles for albums in the past. Ed has also given money to the local hospital for a children’s ward, and he signed off his sell-out tour with a four-night run in a park in Ipswich. Local schools received free tickets for pupils to attend.

Ed Sheeran sponsoring Ipswich Town may be a novelty in the region, but he is not the only musician to put money into a football club. Others include Goldie Lookin’ Chain sponsoring Newport County, Super Furry Animals with Cardiff City, Jake Bugg and Notts County, and Wet Wet Wet with Clydebank.

Ipswich Town management are understandably delighted to receive this sponsorship. Shirt sponsorship represents a significant portion of clubs’ income, and the smaller clubs of English football need this revenue stream to survive as match day attendances fall as clubs fall through the divisions. Sponsorship deals come from gaming firms like GGPoker, drinks manufacturers like Coca Cola, sports clothing firms, automotive and software companies. What they all have in common is the ability to transform the fortunes of a club. But is it fair? 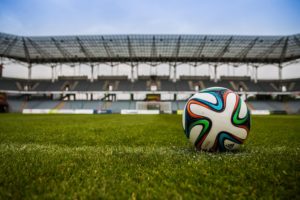 For clubs like Wigan Athletic, which may be a little lower down the leagues nowadays than their Premier League heyday, every week is a struggle to survive. Macclesfield is one of the latest clubs to disappear from the leagues after a long and loved history. The demise of teams that have played a part in fans’ lives for decades leaves a sour taste in the mouth. Fans plead with the government and the Premier League to offer more support for lower league clubs.

But with the support not forthcoming, marketing seems to be the only way out of a cash crisis, particularly as the pandemic has taken hold.

Ways Out of the Cash Crisis

Experts say that redistributing the money from sports broadcast rights more evenly would reduce the glut of money at the top and allow it to flow down to lower leagues. But this idea is ultimately unfair if you look at football as a meritocracy. Why should a successful team be penalized for winning? Premier League clubs mostly generate the money that helps the game survive, so it stands to reason they shouldn’t be penalized.

But increasing the revenue of the EFL clubs could close the gap. Media and marketing rights for these less exploited clubs could, in effect, become valuable. There is worth in these rights, even if they are not particularly visible at present. Those clubs at the lower levels of the leagues, the plucky underdogs, generate a compelling narrative that revitalizes the excitement of the sport. This is hugely important in the media and marketing worlds.

Some spending restrictions could also enforce restraint on the bigger clubs. But developing the EFL to embrace its own unique strengths could be the key to keeping smaller clubs in business. The EFL has long been a breeding ground for homegrown talent. But it will take more than a famous shirt sponsor to sustain that into the future.