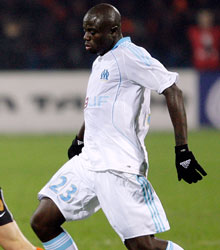 Word has come out that Modeste M’Bami’s agent has tried it on with the club and although impressing in his trial, no middle ground has been found for a deal with the player.

Roberto confirmed today that a deal could not be clinched with the player after his agent said he wanted a long term contract. Latics had offered a shorter term contract with the view to extending it, but M’Bami’s agent would not budge.

When talks broke down Latics then offered a month by month contract, but the 26 year old turned that down as well on advisement. The 26 year old Cameroon midfielder is now considering his future and Spanish club Almeria have asked for him to go over there to talk.