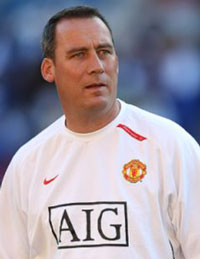 Bookies favourite to replace Roberto Martinez in the hot seat has insisted that he has not been sacked or resigned from his coaching position at Manchester United.

René Meulensteen emerged as the front runner for the job of guiding Wigan to a quick return to the Premier League but told Dutch football magazine ELF Voetbal: “So far I will report on July 1st. I am still under contract at the club. I didn’t step down, and also I was not sacked by Manchester United. I am still employed.”

Wigan, however, are still awaiting to see if Martinez has been selected as David Moyes’ replacement with a statement not expected until tomorrow morning (June 4th) at the earliest following interviews for the vacant post.

Whatever happens down the road at Goodison Park it does seem nailed on that Dave Whelan will be looking to appoint a new manager at the earliest opportunity and the 49-year-old Dutchman appears to be the man favoured for that position with Moyes expected to bring in his own backroom staff when he finally takes charge at United.