Oh what fun it is to see Wigan win a game 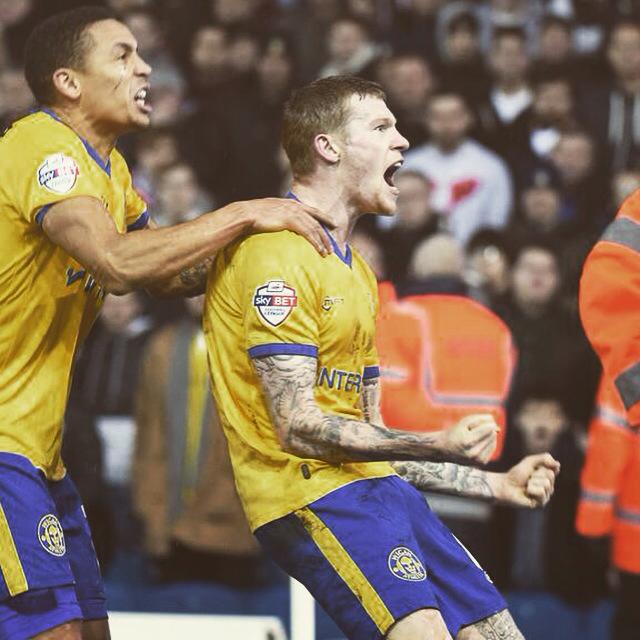 Leeds centre half Liam Cooper got the opener (in the wrong end) from James McClean’s cross early on.

Billy Sharp, Giuseppe Bellusci and Sam Byram all had chances for Leeds with Byram missing an absolute sitter from a yard.

Roger Espinoza should have sealed the game late on but McClean did the job with a fierce effort from close range.

Both sides went into the game in poor form and at the wrong end of the table (all be it Leeds 7 points and 3 positions better off). The hosts started the better seeing lots of the ball in the Wigan half but as it showed all afternoon, they couldn’t do much with it. Wigan however scored with their first attack… yes you read correctly, Wigan.

James McClean whipped in a dangerous cross that must have caught poor young Liam Cooper off guard. The former Chesterfield man seemed to just chest the ball past Marco Silvestri to give Wigan the lead. Whether he wanted to chest it out for a corner but got it horribly wrong is for him to decide, but I don’t think many Wiganers cared.

Scott Carson was kept busy however as Mirco Antenucci proved a dangerous threat down the left hand side as Billy Sharp got on the end of one of Antenucci’s deliveries forcing Carson to tip the ball over his bar. Marc-Antoine Fortune nearly got a nose bleed when he thought he’d scored but Silvestri was on hand to deny the former West Brom man.

Leeds’ pressure began to increase as Antenucci tested Carson once more but Wigan became increasingly dangerous on the counter attack through James McClean who forced a save from Silvestri after the break.

Leeds knew they weren’t going to score when Sam Byram scooped over from a yard after Billy Sharp forced another from Carson. Any hopes of a point from the Elland Road faithful were kicked into touch 8 minutes from time.

Don Cowie slid James McClean through on goal where the Irishman lashed home a half volley past Silvestri to send the away fans into raptures.

Mackay seemed ecstatic with his first win as he celebrated in front of the fans today and this is what he said after the game:

“Any time you come to Elland Road, with the atmosphere here and the size of the club, and come away with a win is really pleasing.