Pie or Paella? Part One

Inspired by watching the El Classico, demonstrating the odd bit of genius and a footballing master class, I decided to evaluate just how far Martinez has to go to match Guardiola. Minus the diving and far from exemplary behaviour, the 1-1 draw was a pleasure to watch in terms of aesthetic appreciation. Pep Guardiola must think this managing lark is a doddle. Having managed Barcelona since August 2008, he’s won eight trophies in his first two seasons, with two more on the horizon this season. Not too bad for a rookie eh? Having decisively kicked out the big egos that didn’t figure in his plans such as Ronaldinho, Deco and Samuel Eto’o, Pep proceeded to mastermind the perfect brand of football with the flair and beauty that has been unrivalled by teams in recent years. 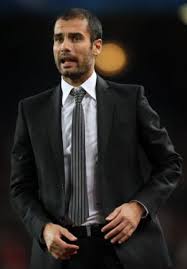 To be fair, his job is made easier by the likes of the crafty duo of Iniesta and Xavi in central midfield; sitting just ahead of maestro Sergio Busquets and ball playing centre backs Gerard Pique and Carlos Puyol, flanked by the wing backs Dani Alves and Eric Abidal; and the added bonus is having two of the best forwards in the world: David Villa and Lionel Messi. You may be thinking any old fool could lead this team to success, yet Guardiola’s brand of free flowing, short passing is mesmerizing. Few passes exceed ten yards, with all eleven players as comfortable as recliner sofas on the ball, not even clearances are aimless hoofs. Every pass is beautifully visualized and executed with ease. After keeping possession for ten minutes each go, Barcelona simply give the ball to Messi whenever they fancy a goal. The little Argentinean’s dribbling skills, second to none, see him weave in and out of defenders like training cones, before finishing elegantly. 52 goals in 52 games underlines his consistent prolificness. This is the perfect model. The ultimate team that every other should look up to and try to match. Or at least that’s the idea, enter one Mr Martinez. When Guardiola was celebrating a Champions League final win against Manchester United in May 2009, his countryman Martinez was grieving after another failure to reach the play offs with the less fashionable Swansea. Yet both being thorough bred purists when it comes to football, they share a common belief that football should be played the right way. Yet it hasn’t quite been the same baptism of joy for Martinez. Whilst Guardiola has the joy of Lionel Messi at his disposal, Martinez has the lethargic B&M Bargains version of him in Jordi Gomez. 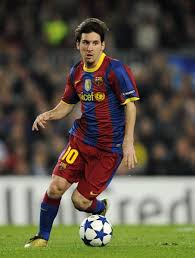 Last season Messi managed 34 league goals, Martinez tried to bring the same type of football to Wigan with a misfiring striker that managed just one league goal all season, Jason Scotland. He also has an equally in-prolific version this season in Franco Di Santo. Resisting the urge to start management in his comfort zone in a Spanish lower league, Martinez chose pie over paella by taking the reigns at Swansea and now Wigan, encouraging the same beautiful football him and his country are renowned for. Neither Martinez nor Guardiola were brilliant players themselves, which is the criteria for great managers nowadays. Even the likes of Wenger, ferguson and Mourinho were average players. With Martinez’s greatest heights reaching Springfield Park he was never going to trouble the Spanish national side. To be fair Pep was a Barcelona regular, but compared to the current crop, he doesn’t come close. Yet both knew how the game should be played as they were both deep lying playmakers in the heart of the midfield engine room, they were the link between defence and attack and saw plenty of the ball. Guardiola more than Martinez as often the ball was simply hoofed from keeper to keeper over Roberto’s head in the lower leagues, leading to many a neck strain. Oh and they also share silky smooth fashion and suit with leather shoes combo Mourinho can only dream of. When Roberto came through the doors at Christopher Park training ground in August 2009, the crop he inherited from the ‘hoof it’ merchant Steve Bruce was a million miles away from ticka tacka terrific Barca. Lets compare: Bramble to Pique, Watson to Iniesta, Mido to Ibrahimovic, Boyce to Alves, Brown to Xavi. You get the picture. Yet Wigan are Wigan and the day we are anywhere close to a par with Barcelona is the day I walk through Wigan town centre naked. Martinez realised he had a job on his hands to turn this bunch of long ball specialists into intricate, pretty short passing players, never mind masters. The first thing he did was convert Charles N’Zogbia from a direct left winger that had eyes only for the byline into a ‘cut inside’ winger, whose excellent ball skills could be better used to attack the heart of the defence from wide starting positions. 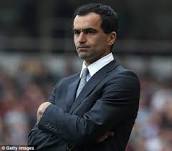 As with any decision that is different to the norm, fans were skeptical, I include myself in this. Yet it was the greatest decision Martinez has ever made as now N’Zogbia is one of the most feared left footed right wingers in the league. He’s our lethal weapon and closest thing to Lionel Messi. Our short passing game led many ‘know it all’ pundits to predict we’re not good enough to play that way and will suffer. This was a unanimous verdict and was one that annoyed me because: This belief will get English football nowhere, hoofing, win at all costs football is a nightmare to watch and shows little in terms of footballing or tactical skill. There’s more excitement in a cheddar cheese enthusiast than long ball merchants, and I’ve met a few cheddar cheese enthusiasts. Secondly, how is our national game going to improve like this? Spanish footballers take risks, they play it out from the back, risking possession and keeping the crowd on edge because it keeps possession and provides a base for attacks, whilst wearing out the chasing opposition. English footballers have a tendency to get rid of the ball as if it’s a red hot potato whenever an opposition player is within ten yards, losing possession far too easily. This means even football league games can be reminiscent of under 7’s matches, where no team can keep hold of the ball for more than ten seconds. The target man is an all too familiar sight that sums up the majority of English football. A lanky donkey with zero technical skill or flair, just an ability to head and hold the ball up. 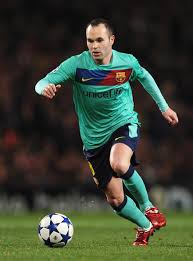 I think it’s time English football changed its philosophy and although I appreciate that it’s easier to produce results through direct tactics, it won’t win an beauty contests, and won’t win our national game any plaudits. We need more willing football philosophers such as Martinez in our game to change this. Nike ran an advertising campaign in 2005 with the slogan ‘Goodbye Hoof, Hello Nutmeg’, Barcelona seem to have followed this advice and became the greatest team on earth, others should follow suit. I think it’s time English football ignored this ‘we have the greatest league’ in the world nonsense and realise technically, we’re light years away from Spain. Every week in La Liga the standard of goals is excellent, with strikers chipping keepers with delightful and audacious flair, this is a dead art in the Premier League. Yes the Spanish League is slower, but if we can manage to combine the speed of the Premier League with the technicality of La Liga, everyone’s a winner and we have the greatest hybrid ever lived. This is partly why I’m right behind Martinez. I want my team t play the most attractive football possible, even if it comes at the expense of the odd result. With a few more players in vital areas we could become a great team to watch. Better than a team filled with war horses and Pitbull Terriers anyway. Roberto has proved that pretty, short passing can keep a team a float and I for one hope he proves the doubters wrong come what May and turn Wigan into England’s reply to Barcelona. I said I hope, not I think.