Premier League ‘B’ and Scottish Teams – “No” 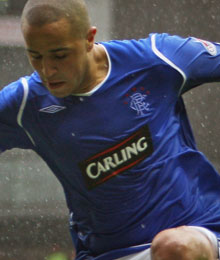 As the decision looms close for whether the Football League will see its biggest shake up since its inauguration, a couple of issues have already been put to bed.

In a meeting on Thursday, the EFL teams unanimously voted for two of the sugestions to removed from the debate.

Firstly, one idea was for the Premier League to enter ‘B’ Teams to compete in Leagues 4 and 5, but this is definitely not going to happen.

The second proposal to be vetoed was to even consider Scottish teams, like Celtic and Ranger.

So if the ‘Whole Game Solution’ is to be even debated (the vote by Club owners will be in November), we know that the Premier League won’t be getting any more teams in now will any North of the Border.

EFL Chief Executive Shaun Harvey said: “At the very outset of this process it was made clear that any decisions in respect of the future direction of the Whole Game Solution would be taken by clubs themselves and our announcement today comes as a result of their valued input.”

Harvey also reiterated the EFL’s desire to talk to supporters about the proposals. He said: “The next round of consultation will also see us undertake some work with fan groups and other stakeholders to ensure that those people who are invested in the future our game are given an opportunity to register their views.”

A number of clubs and supporter organisations have commented on the proposals – with most setting out their opposition to the idea of B-Teams, a winter break, moving FA Cup fixtures to midweek and regionalisation of the bottom two divisions.