Preston on the 22nd should be interesting 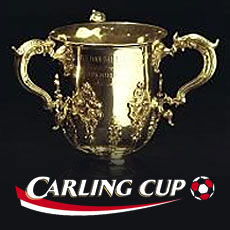 The Carling Cup has thrown up another fixture that shows that history counts for nothing in the world of football as Preston North End will be the ones looking for a big scalp in the form of Wigan Athletic at the DW Stadium – could you have imagined that 15 years ago?

The reward for Preston North End beating Bradford in the second round of the Carling Cup is a third round tie against Premier League Wigan Athletic at the DW Stadium on Wednesday September 22nd 2010 with a 7.45 p.m. kick off.

Latics and Preston have a lot of history playing and of course we are Lancashire neighbours to give it a bit more edge, but this is the first competitive game played since the 04/05 season where we recorded a 1-1 draw at Deepdale and a 5-0 trouncing at the JJB.

Although League meetings have been very even over the years, Latics have never beaten North End in the any of the 6 Cup games they have played. I think it is high time for that statistic to be redressed if you ask me. Click here for head to head.

The South Stand will be closed for the tie; season ticket holders will have until the 14th September 2010 to reserve their own seats.

Tickets are priced at £10 adults and £5 concessions.

Don’t forget to enter our competition to win tickets for the Manchester City game on the 19th, click here