You’ve heard of the term David vs Goliath, well Saturday threw up a whole different scenario. At the DW, it was David vs David.

After yielding an incredibly impressive eleven points out of a possible 72 between them, Wigan Athletic and Blackburn Rovers faced each other in what was already being touted as a relegation six pointer.

Despite both possessing the attacking threat of a pair of paper scissors, the fixture was expected to continue in its tradition of producing several goals. This is largely due to the fact both terms are apparently allergic to the concept of defending and as a result must have forced Alan Hansen to contemplate suicide many times this season. Every cloud…

Unlike the Royal Mail, the game itself did not fail to deliver and produced six goals and numerous talking points.

Barely eighty seconds had passed before the first defensive howler, and five seconds after that followed another. Needless to say, this set the tone for an uneasy defensive viewing.

Gary Caldwell, who I’m sure can play football at his best, but he just chooses not to on match days; got caught hopelessly underneath the ball and through on goal went Yakubu.

As the ball deflected off Ali and towards the corner of the goal, the ever reliable pair of donkeys Gohouri and Caldwell were hot in pursuit. They looked like they could both get it to be fair to them, but in typical Latics style, got in eachothers way and the ball nestled into the net. Great start.

All Blackburn had to do was keep a clean sheet and the victory was theirs.

It wasn’t that simple of course, Blackburn’s defence was so poor that even Jordi Gomez managed to equalize, and this was after just eight minutes.

Despite a reasonably long period without a goal (in comparison) the first half certainly didn’t drag on in a typical mundane fashion like previous weeks; both teams exchanged chances at will and it was difficult to decide which defence looked more vulnerable.

I certainly hope Titus Bramble’s got a better defence in court, otherwise we might see a national footballing icon behind bars. That’s nothing new though is it? Think Joey Barton, Marlon King…

Back to the gripping action at the DW, half time saw Latics in the lead at the interval for the first time in the history of mankind (so it seems, the last time was actually against QPR) and only an idiot would have bet against Martinez’s men bagging the three points in the second half…

Within three minutes of the restart, there was yet more action in the form of a red card.

It was inevitable wasn’t it? The yellows were being thrown out like confetti in the first half and David Dunn’s mindless ritual of throwing himself needlessly into challenges every five minutes was bound to eventually backfire. The obvious finally happened when a mistimed slide on Mohamed Diame saw Andre Marriner produce a second yellow for the midfielder.

This presumption would of course have been a tad premature, as we soon found, literally anything can happen when Wigan Athletic are involved.

That moves me onto that corner.

We get something extraordinary every week don’t we? As if some kind of footballing God (Emile Heskey?) had scripted it or a resentful skeleton in the closet from the past (Julius Aghahowa?) had set a sinister curse. Whatever the conspiracy theory, we had another freakish moment on Saturday.

We’ve had dodgy referees, missed penalties, miracles (David N’Gog scoring) and even spitting incidences; but nothing compared to Morten Gamst Pedersen’s mischievous act of craftiness behind everyone’s back.

Now correct me if I’m wrong, but I don’t think you’re allowed to simply dribble the ball out of the quadrant from a corner without another player’s previous intervention.

Mr Pedersen obviously thought otherwise and managed to trick everyone into believing someone had touched it to him and nobody even questioned where this imaginary player spontaneously disappeared to after the corner was taken. It gave the term ‘short corner’ a whole new meaning.

Quite simply, it was a stranger cornering technique than a seventeen year old boy racer’s with sovereign rings and Reebok Classics in a written off Citroen Saxo.

Typically, the corner wasn’t cleared to avoid the controversy, Blackburn had to score from it, and David Hoillet’s header at the far post made sure they did just that.

It was one of those moments where you put your head in your hands and utter the words ‘It could only happen to Wigan’.

Fair play to Pedersen though, I’m not encouraging the kind of behaviour this little swine was guilty of but the way he pulled it off was nothing short of a masterstroke. The moment that summed it all up was the chuckle shared between Pedersen and Yakubu on their way back to their own half which smacked of guiltiness and craftiness. “Looks like we got away with that one!” They would give the Italian Job a run for its money.

It was far from over though and the eleven men of Wigan pressed without the penetration to hurt Blackburn, like a rapist with an erectile dysfunction.

Then it was up to the master tactician (Martinez) to roll the dice and throw on one of his wildcards, in the shape of 4 foot 3 inch Albert Crusat.

The winger, who makes Shaun Wright-Phillips look like Chris Samba, gave yet another alternative to the term ‘short corner’. He thought he’d bagged the winner with a timid toe poke which Robinson collapsed like a log over, despite producing several top draw saves to deny the Latics previously.

88 minutes were on the clock, surely this was the win we’d been waiting an eternity for? This was Wigan though, the team notorious for making the most straight forward things seem as difficult as an Everest mission or a typical task for El-Hadji Diouf’s PR manager. Six minutes of injury time went up on the board and we all collectively feared the worse.

The worse eventually happened in the very final minute as Paul Robinson atoned for his previous error to win Blackburn a penalty from a corner following a high kick from auxiliary wing-back David Jones. Another ‘typical Wigan’ moment.

One question that’s on everyone’s lips though: How on earth did David Jones get his foot that high? 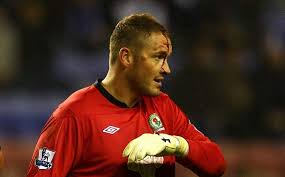 That will forever be a mystery, but one thing that was clear was the scoreline, Yakubu rolled the ball home effortlessly to make it 3-3. Cool as you like.

What should have been a vital win was snatched away in the blink of an eye, it could be worse though…

At least our fans (despite some of their opinions) don’t chant their disapproval of the manager at every point something goes slightly wrong. Despite agreeing with their views of ‘Keane Out’ I couldn’t help but feel the chants would only be detrimental.

I’m sure Keane was desperate to point out that conversely, some fans were also much more positive, chanting ‘There’s only one Keano!’ Unfortunately for him, it was the Wigan fans, not his own.

In that context darkside, I applaud you for your comparative silence.

Just when will Man City finally lose? In stark contrast to ourselves, they just can’t seem to stop winning. The 3-1 victory over Newcastle showed their ability to shuffle the pack and still get the result. Meanwhile, Micah Richards’ man of the match display demonstrated Capello’s misjudgement in that scenario; Glen Johnson’s goal a day later at Stamford Bridge though suggested otherwise.

That loss to Liverpool was the second consecutive home defeat for Villas-Boas’ Blues and have raised questions over his future. Surely it’s too early to send him packing already? Give the guy a chance I say. But a clear out of some of the deadwood is necessary to create a side which could challenge Man City in the long term.

Lastly, the latest Premier League manager to declare interest in David Beckham is Neil Warnock. Is anyone else experiencing a bit of de ja vu here? Beckham always seems to be on the move, but only on loan of course, when will he finally leave LA and return to the footballing world to realise he’s no longer up to scratch? Playing second fiddle to Joey Barton doesn’t sound too attractive though.

Goal of the Week: For individuality, Glen Johnson is the winner. But for sheer surprise, Jordi Gomez is your man.

Graeme Jones of the Week: Robin Van Persie has to bag this one for his recent form, he is simply irresistible right now, not even Delia’s boys could stop him at Carrow Road.

Graeme Souness of the Week: Maybe a tad harsh, but Scott Sinclair’s unbelievable miss against United was terrible. You can tell he learned from the master Jason Scotland for a season, can’t you?

Quote of the Week: “There is no racism… at the end of the game, we shake hands.” Sepp Blatter confirms he will be voting BNP in the next election.

Boselli Watch: Mauro was rumoured to have been lined up by the X-Factor to replace the departed Frankie Cocozza. Unfortunately, the rumours turned out to be false and Boselli’s still rotting in the depths of Argentina.