Remembering the best of the best Wigan Athletic players 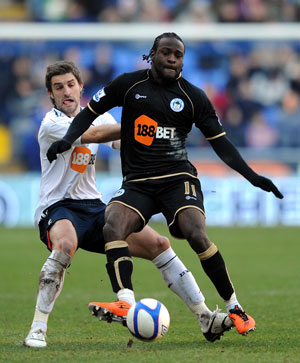 For almost every household in England, Wigan Athletic is an everyday name. Having such huge fighting spirit, this football team harbouring in their DW stadium scored goals in many English hearts.

So much so that the team had a record breaking amount of gambling bets made on many of the online casino games and sports betting sites all over the world.

Here are some of the Latics players that have clearly left their mark on the way English football is played.

Leighton Baines
Leighton Baines started out at Latics academy as a left back and spent 5 years with England’s first team, Wigan Latics. In 2007, Baines was swooped up by Everton and went to Merseyside to show off his incredible football talent. He is now a top class left back in the Premiere league and continues to bring pride to his team.

Entering the Latics team centre at the tender age of 19 for a fee of £2.6 million, Victor Moses could play on the wing and up top. This made him a star man right from the get-go and a true fan magnet. He headed out to Chelsea in 2012 for a fee of 7.5 million but has since then been overcrowded with stars much like himself, a clear sign that he needed to step up his game.

Antonio Valencia
Wigan made a great move to get Antonio Valencia for a fee of £1.7 million in 2006 as he was able to play midfield as well as right winger. Valencia’s ability to set fire to all his performances made him a stand out candidate for scouts all over the world. He has since then been reaped up by Manchester United and was paid the generous sum of £16.6 million so he could represent the team’s right wing.

Wilson Palacios
Coming from Olimpia Tegucigalpa to Latics for just under £1 million, Palacios played midfield for the Wigan team and became a great wonder at most of the Premier league clubs. One year later, Palacios moved to Spurs for the amount of £13.2 million and still struggles at times to become more than he was when he was part of the Latics.

Callum McManaman
As it is still early days, there is no telling where this promising football player will end up. He has made some fantastic plays in the FA cup, which makes him the next big thing when talking about Wigan football. Although he has had a faltering season behind him in the Championship, he still has great room for improvement at the Latics team.

Like these players, it takes a huge deal of determination to keep climbing to the top of the football ladder and the Wigan Latics will keep producing players that will be remembered for years to come.