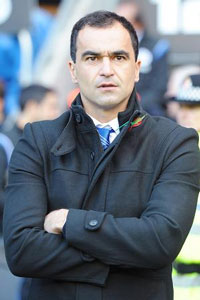 Roberto Martinez has told chairman Dave Whelan that he wishes to leave the club after 4 years in charge.

Martinez had asked to delay the decision on his future following two meetings with his chairman last week but has today confirmed his desire to quit the DW Stadium and move onto pastures new sparking rumours that he is about to join nearby Everton.

Reports coming out of Goodison Park suggest that the Merseyside club have been given permission to hold talks with the 39-year-old over the vacant managerial position there.

Wigan Athletic fans will be gutted to hear the news and will now have to look forward to next season in the Championship and Europa League without the popular Spaniard.