Premier League fans across the country were given an insight as to what watching football in Iceland is like after a bitter weekend of football.

Thankfully, there was only one game abandoned, and that was Blackpool vs Man Utd. We could look forward to a Match of the Day where United weren’t first on for once. Although Latics were inevitably last.

The DW fought the big freeze and the game against Stoke went ahead, and what a game it was.

The game started at a reasonable pace, with Wigan stroking the ball around comfortably. Unfortunately, it was mostly between the back four and Hendry ‘The Crab’ Thomas, until Ben Watson got the ball that was. Then it just went straight to a player in red and white, but more on him later.

The 2-2 draw can be seen as an achievement considering Stoke have been putting in some more than competent performances recently, winning at West Brom and playing Man City off the park in the past few weeks.

The game was notable for the amount of lucky goals scored. The first was arguably the most fortunate, Robert Huth took a huge run up to a free-kick from 30 yards out, it was obvious his intentions were power. His poor kick was turned in by a very unlucky Mohamed Diame, who deflected the ball past Al-Habsi.

The next goal was a Latics one, with Ben Watson firing in a low free-kick, it was turned home by City defender Danny Collins. Such is Latics’ lack of prolificacy recently, I don’t think the home fans truly believed their eyes when it went in, such was the delayed reaction to the goal. I was thinking ‘No way, we’ve scored? That can’t be possible!’

The last lucky goal was Wigan’s equaliser, the impressive Tom Cleverley cut inside from the left flank and fired a shot towards goal, it took a deflection which took it past Begovic and turned out to be the last goal of the game.

Earlier Matthew Etherington made it three goals in three games for him as he slotted past Al-Habsi following a run by Kenwyne Jones, dubiously, the linesman declared the ball hadn’t gone out on the touchline. Steve Gohouri was left two on one at the far post and the outcome was inevitable.

My major gripe from the game was Ben Watson. He was truly shocking in every meaning of the phrase. As a central midfield player that should pride himself on his passing ability, yet he was dire. Every pass, even simple 10 yard ones, went straight to an opposition player. His total passing accuracy percentage must have been lower than 20% surely. The woman sat behind me made me laugh, despite her screeching voice that is, whenever Watson was given the ball she screamed ‘No, don’t pass it to him!’ My thoughts exactly, who said women knew nothing about football eh? Mind you, it could have been LMB in disguise.

The biggest contradictory chant was an obvious one, I was literally cringing when the Stoke fans bellowed out ‘This is a sh*t hole, I wanna go home.” They obviously haven’t been to Stoke if they think that about Wigan.

Moving on from steak pies to Magpies, Newcastle’s decision to sack Chris Hughton can be only be described as a disgrace. 105 points last season, a 5-1 derby win, 11th place in the Premier League and that wasn’t deemed good enough. I would love to know what the board’s expectations for this season were then.

The only obvious answer then must be that he isn’t a ‘big name’ or an ‘experienced coach’. So what? Alex Ferguson wasn’t a big name once upon a time but he’s seemed to have done okay. The same applies to Bobby Robson, Brian Clough, Matt Busby…

Newcastle now seek the task of finding a manager to risk themselves in the typical ‘poisoned chalice’ cliché. They’ve stated they want an ‘experienced manager’, so I suppose that rules out Alan Shearer then? That would be the biggest travesty ever if he was appointed, yet at least it’d get his awful, biased opinions off our screens on a Saturday night. There’s snow room for him on the panel in my opinion. 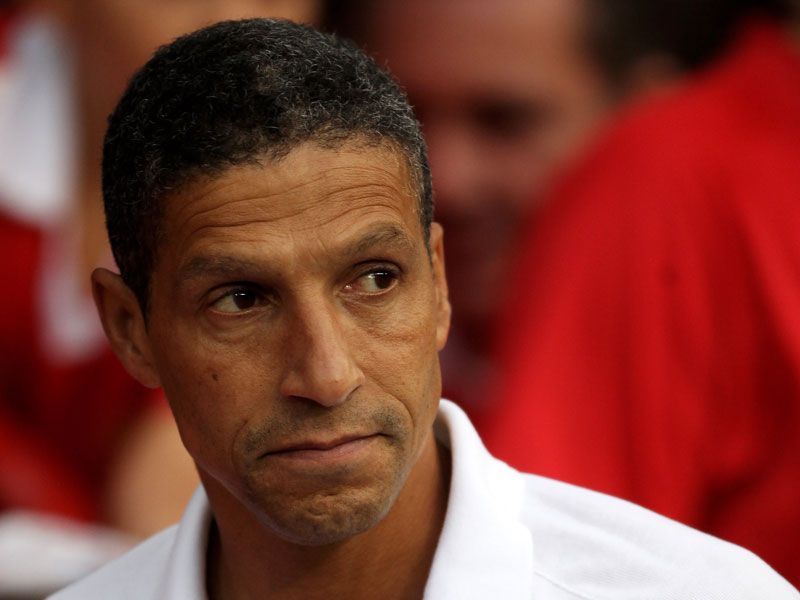 The Newcastle board we’re clearly just waiting for the next defeat before sacking Hughton, as even they know they’ll look foolish sacking a manager after a victory. As shown by Man City and Middlesbrough last season.

That defeat came against West Brom, a Man of the Match display from Peter Odemwingie settled the match, he scored two goals to add to Simon Tchoyi’s opener. Peter Lovenkrands’ late conciliation at least meant that Hughton went out on a bit of a high. But only a bit.

A player on a definite high at the minute is Samir Nasri, the Frenchman continued his excellent early season form with a delightful double to settle the match against Fulham. His footwork couldn’t look out of place on Strictly Come Dancing, even if Anne Widdecombe was on.

Nasri’s first goal was a product of his quick feet and excellent trickery in the box as he jinked past two defenders and sold them the kind of dummies you should have to pay to get back in the ground from. He then fired past Schwarzer for 1-0.

His second was of even higher quality, weaving past several helpless Fulham defenders before taking it past Schwarzer. It looked as if he’d knocked the ball too far wide to score, yet a brilliant piece of improvisation with a 180 degree spin and finish was a delight to watch.

The goal settled the game at 2-1 after Fulham had equalised through forgotten man Diomansy Kamara, who also missed several good chances to score. These chances emphasised Arsenal’s defensive frailties and showed that if they are to challenge United and Chelsea, it’s a point that needs to be rectified.

This Week’s Teaser: Which players (past and present) have scored the most Premier League goals with surnames begging in A, B, C, D and E?