When November comes round, the axes of chairmen across the country are precariously held above the heads of many a Premier League manager. With the media stating their likely suspects, I wonder whether it’s a good idea to change the man at the helm or not.

It seems to be a part of popular culture in Britain that after a manager goes through a sticky patch, their job is immediately considered to be in jeopardy, with every team selection, substitution and result heavily scrutinized by unhappy followers. If the club’s got a trigger happy chairman, this can be enough for them to commit a hasty murder. And it can be costly.

No manager is immune from this treatment it seems (expect Sir Alex Ferguson probably), even Arsene Wenger has had fans calling for his departure (just ask Piers Morgan). In today’s heavily results based business, what else should we expect? The pressure, especially for the ‘smaller clubs’, of success grows every year, with new television deals and sponsorships, staying in the Premier League is paramount to their futures. If it’s looking likely they’ll plummet into the Football League come what May, many chairmen deem it necessary to change the leader before it’s too late.

For this reason, November has been a time struggling Premier League managers tend to dread. Chairmen consider this as far enough into the season to accurately evaluate where they think their season’s going, and feel enough time has been given to their manager to deliver results this season. It also provides a potential new manager enough time, and a January transfer window, to have a decent chance of putting it right. If a chairman is wavering between whether to stick or twist, the presence of November could be enough to persuade him to get rid of his man.

Indeed, the last Wigan Athletic manager to be sacked, Chris Hutchings, was done so in November 2007 after a wretched run of six straight defeats and just eight points from twelve games. Whelan clearly felt that the club wasn’t looking like ending that sequence anytime soon and he appointed Steve Bruce after a prolonged and controversial pursuit, the rest they say, is history.

Bruce seemed to bring a new energy to the club, and a well needed lift to drag the morale bereft squad away from Derby at the bottom of the table. Although Titus Bramble’s terrible back pass a minute into Bruce’s first game against Man City at the JJB didn’t seem to demonstrate it perfectly, nor did the following 4-1 loss at Bolton; but the typical ‘new manager effect’ was seen at Wigan.

This tends to be a recurring theme (especially in successful appointments) whereby a new man with new ideas changes the fortune of the club, especially short term. Bruce’s new Wigan side went on to pick up seven points from their next three games to demonstrate this. Indeed, in the last two seasons, the arrival of a new manager has seen him yield an average of 1.5 points per game in his first six games in charge compared to an average of 0.91 in the last six matches of the previous manager’s reign.

So if a quick boost is what a club needs, a new manager, presuming he’s the right man for the job with energy and enthusiasm in fair quantities, could do the trick. Indeed, statistics have suggested it’s worked over a longer period in the last two seasons as well, with the sacked manager averaging 1.22 points per game compared to the new manager’s figure of 1.32. 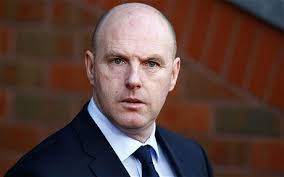 Sorry to bombard you with stats, but over the last four seasons, twelve relegation threatened teams have sacked their managers, and only three of them were subsequently relegated in May (Wolves 2011-12; Portsmouth and Hull City 2009-10). Although Burnley in 2009-10 and Newcastle in 2008-09 did change their managers and still get relegated, their managers (Coyle, Keegan and Kinnear) weren’t sacked and either left to join a rival; resigned or had health issues.

Furthermore, of the twelve clubs relegated in the past four seasons, nine of them didn’t sack their managers during the campaign. This clearly demonstrates how not changing your manager when relegation is a clear possibility can prove costly. If Blackburn had sacked Steve Kean last season (or not appointed him in the first place) who knows where they’d be now?

I’m not saying sacking a manager is always right, personally I like to see them given time (just like Whelan has give Martinez, as we’re seeing the benefits of) but if a club is clearly going nowhere, a change is often the only option.

In terms of the managers whose names have been mentioned recently, Hughes and Adkins, I can understand why Hughes would get sacked but not Adkins.

QPR have been very ambitious and invested a lot of money into a large playing squad since promotion, signing the likes of Wright-Phillips, Zamora, Johnson, Granero, Park, Onouha, Cisse, Cesar, Nelsen (etc etc etc), and Hughes still isn’t getting them results.

Adkins however appears to be the victim of his own success. We’ve seen it before with Billy Davies at Derby, when teams that get promoted a year too early from the Championship they often struggle in the Premier League and the manager gets sacked as a result. Conversely, if he’d failed to get promotion the first year but was now challenging for promotion, he’d probably still be in the job. Surely it shouldn’t work like that? But it does.

I’m not saying Southampton have been promoted a year too early but I do think Adkins should be given at least a season to try and keep his squad up, he did take them there from League One don’t forget.

On the other hand, I fear for Hughes. He’s undoubtedly a good manager but his squad at QPR seems cluttered, with too many big egos and a lack of team cohesion. I think the best squads for survival are the closely knitted ones with a strong team spirit, not necessarily the large ones with lots of technical talent.

So Mr Fernandes, are you tempted to give Harry a call?