The Curse of the Premier League Title Winners 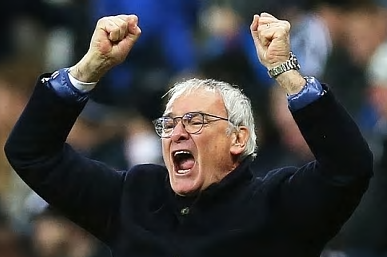 In a Premier League World of (no) Loyalty, how safe can any manager feel in the richest league in the world? If a club like Leicester can sack a manager after the miracle he worked there, is it time to give up?

Virtually every Club is running a debt and even with the ‘New Deal’ we just know it will be lining the players, agents and management’s pockets, not going back into the Club or even the game itself.

Back to the rant, as it occurs to me that only one of the last five Premier League managers that won the title with their teams, has actually managed to survive the following season after becoming a champion. That manager was none other but Manuel Pellegrini who made it to the end of the follow-up season after Manchester City became champions in 2014.

The latest manager to fall under this curse was Claudio Ranieri after he was sacked at Leicester City. Ranieri did wonderful things with The Foxes in the 2015-16 season ending with Leicester City’s first ever title and one of the best football stories ever.

But as expected, Leicester City is back at the lower half of the Premier League table, which if we are honest is probably where they should be and proves that in any season any team can massively over achieve.

For them to think they would be challenging every season after last is naive at best. For anyone that used a bet365 bonus code to bet on Leicester City’s demise (or over achievement last season), then good for you.

Let’s look at some recent past managers that wet the same way:

The Rise and Fall of Roberto Mancini
Mancini was one of those cursed bosses that didn’t make it through the follow-up season. In 2012 he brought Manchester City’s first Premier League title in four decades. The final day that brought him the trophy was particularly exciting.

Manchester City was about to let go of the trophy thanks to QPR’s destructive last day performance. But, Man City managed to make a comeback and win the game in stoppage time which cost their crosstown rivals the title. The next 2012-13 season Mancini couldn’t make it to the end. After three and a half good years in the city of Manchester, he was axed in May 2013.

Mourinho Couldn’t Make it Too
Mourinho is another big name that had a similar fate during his return to Chelsea. He was very loved by the Blues fans who welcomed him massively for the 2013-14 season. The next year Mourinho immediately proved to be the right choice for a manager and brought Chelsea the title with three games left in the season. It looked like a new era of domination in the Premier League.
But, the honeymoon ended abruptly in his third follow-up season.

The champion team crumbled with the same speed in which it was built. Chelsea were miserable from the very start of the season and it was evident that there were no chances of defending the title. It was Leicester’s turn now to be the best.
Mourinho was expressly dumped before Christmas and was replaced with Guus Hiddink, who managed to barely take Chelsea at the top of the second table half.

Sir Alex Ferguson
Although Ferguson’s departure from Man Utd is not a typical story of a cursed champion manager, it can qualify as such because he was the one that picked David Moyes as his successor. We all know how Moyes finished the next season as the Manchester United manager. His team plummeted down to the 7th spot and was sacked in April 2014. He was replaced with Ryan Gigs, who was only a temporary solution that didn’t manage to impress so he was replaced too with Louis Van Gaal.