There was once a time when International matches came round, it would unite the footballing nation and provide a welcome distraction to our clubs’ rough times…

England matches would appear and postponing the league would mean fans could forget about their relegation battle, pressurized title bid or agonizing play off shout for the time being. This could provide the difference between having a heart attack at the ground and actually making it to the next home game mentally stable due to a week off in the armchair.

You’d see fans shouting on their rivals’ players to do well in an England shirt. City fans would tolerate the likes of Bryan Robson and Arsenal fans might cheer on Paul Gascoigne, even if it was just for the day.

Now it seems, not even the players are up for it anymore. The England team has turned into one big soap drama.

We’ve had the infamous Wags, Wolly with the Brolly and players cheating on each others’ wives to fill the back pages in recent years. With the actual games taking a back seat.

The latest twist in the plot is the captaincy farce, and what a cock up Mr Capello has made here.

I have to say he was spot on removing terry as captain, giving him time to concentrate on his personal life and put his International career to one side for the time being.

Yet reinstating him was total nonsense.

Rio Ferdinand must be fuming, due to no fault of his own, Terry has gained the captaincy back, and that was due to no credit on his front. Capello clearly just felt he was a better captain and wanted to bring him back when the storm had settled. 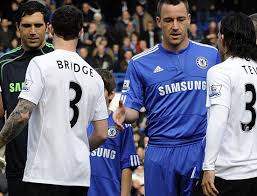 Yet the water’s boiling in the England camp again, or at least the media say so. I would be most annoyed if I was Wayne Bridge to be fair.

So I ask you: what was the point in bringing Terry back as captain, the man that was deemed a ‘national disgrace’ just months ago?

No, I have no idea either.

To show how much of a pantomime the England set up has become, Wes Brown, Emile Heskey, Paul Robinson and Jamie Carragher have all recently withdrawn their willingness for selection due to their lack of desire to play.

This is disappointing because every player should take pride in playing for his country, and there’s a number of people to blame. Retirements aren’t anything new, yet the fashion of which they bowed out is what’s frustrating.

In Brown, Carragher and Robinson’s case, they weren’t getting played and wanted to concentrate on their playing careers which you can emphasize with slightly. Yet I think Robinson and Brown have more than a good chance to play, due to the lack of exceptional competition in their respective positions. 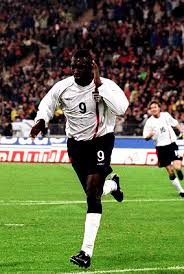 Yet Heskey’s International retirement was the work of the fans and the media.

His constant victimization of his lack of goals was terrible from both the mentioned parties and was totally unfair in my view.

Okay, his goalscoring record for a striker was shocking, there’s no defending that, yet what do people feel they’re achieving by throwing abuse at him?

In the end he took the abuse very well and brushed off the criticism, yet is this the way we should treat the players that should be our national heroes?

Would this have happened in the day of Bobby Moore, Roger Hunt and Jimmy Greaves? I think not, and didn’t we do quite well during that period? Maybe that’s the reason why…

I’m not innocent myself, I can’t stand the International breaks, especially meaningless friendlies. I don’t even watch the England games anymore, when we could be watching football we all care about: club football.

Yet the signs of recovery are there, gone are the aging Owen, James and Beckham. They’re in the past, we need to build on our youth and those that haven’t had a fair crack at the whip.

I’m talking about Joe Hart, Jack Wilshere, Scott Parker, Darren Bent, Andy Carroll and Jermaine Defoe. These guys are the future of our national team, as they’ll shape the squad in years to come.

Yet for every plus point, there’s a devastating low. The latest being that Gareth Barry, Man City’s more expensive response to Ben Watson, has just been made captain for the friendly against Ghana. The mind boggles.

If nothing else, it still gives you, me and every other Griff, Jayt and Arky that still dreams of playing just once, the hope that it one day might happen.

After all, if Gareth Barry is the England captain, surely I could get a game for Macclesfield Town reserves? Then I could get scouted by Capello’s men maybe?

I’ll see you all next week, for the Premier League, and football we actually all care about.