Rio Ferdinand and co have had their actions towards the Kick It Out campaign well documented this weekend, with many players refusing to wear t-shirts with the Kick It Out slogan on; whilst I can see what they’re trying to achieve, I doubt they’ll do it like this.

Personally, I don’t consider racism a major issue in football, yes, it does exist and you can’t deny it. However, I’m struggling to think of a time when I’ve heard any racist abuse at a Latics game, from a fellow fan anyway. I think we have to accept firstly that racism and discrimination will always exist in some form and can never be totally eradicated, there’ll still be people with the unenviable habit no matter what t-shirts footballers choose to warm up in. 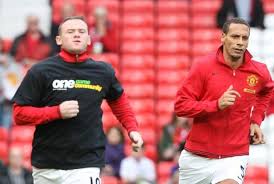 However, following the infamous Terry and Suarez incidents in the last twelve months, the spotlight is very much on racism; couple that with the events in Serbia with England’s Under 21s and you have a topic that the media are fixated with.

But racism in football obviously isn’t anything we haven’t seen before, England players suffered monkey chants during a friendly against Spain in 2005; Stuart Pearce has admitted to racially abusing Paul Ince in his playing days;  then Leicester City defender Wayne Brown even admitted voting for the BNP in 2010; and who can forget Ron Atkinson’s racist rant at Marcel Desailly that got him sacked in 2004? Every now and then racism is the topic on the agenda, and the high profile and highly infamous cases of Terry and Suarez have caused an uproar which has culminated in this concoction of anger and controversy.

In the case of Rio Ferdinand, he clearly still feels bitter and hurt about the racist abuse his brother suffered, (and rightly so) but is he channelling his anger in the right ways?

Alex Ferguson doesn’t think so, as he came out saying he was ‘embarrassed’ by Ferdinand’s actions as he instructed all of his players to wear the t-shirts. I don’t think he’s helping himself by publically suggesting a rift between himself and a senior player, and knowing the tabloid press, the story will be exaggerated until it’s common knowledge Rio is on the way out of Old Trafford.

Yet Rio isn’t the only player that didn’t wear a t-shirt, Kenwyne Jones, Micah Richards, Jason Roberts, Djibril Cisse, Shaun Wright-Phillips, Victor Anichebe, Steven Pienaar and the entire Swansea and Wigan squads didn’t warm up in the t-shirts. Joleon Lescott hasn’t warn one for five years and there’s never been any uproar before, I didn’t even know that fact until this weekend. 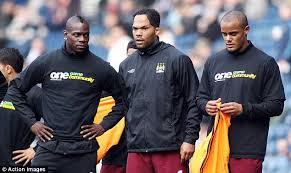 The lack of support for football’s leading anti-racism campaign does suggest a lack of satisfaction as to how successful they’re being in ‘kicking it out’. But isn’t this a bit harsh? The Kick It Out campaign hasn’t caused the racism cases that have occurred recently, surely by standing together as one it would show much more strength and unity to fight this issue with than by dividing into those that do and don’t support the campaign? Never more so than now has the slogan ‘one game, one community’ seemed so ironic.

In rejecting the campaign, the aforementioned players are only bringing more media attention to the issue, which is maybe what they’re aiming for to highlight the issue of racism, but isn’t it exposing a problem for the whole world to see? I’ve never heard such a scandal take place in cricket, tennis or (dare I say it?) rugby league, the whole issue is simply broadcasting the very worst minorities of football followers and participants and using them for others to paint a picture of the sport with. The stereotypical modern footballer used to be a diving, cheating, moaning, overpaid, Lamborghini driving primadonna. Now we can add racist to that list too.

You can’t really defend the likes of Terry and Suarez for their actions, and now they’re hated even more than they were previously as these racism issues have been swirling about in the media for nearly a year. Barely a few days would pass without a story on the Terry or Suarez sagas at one point.

This, as much as anything, must be a great deterrent to any racists out there, especially players, as the great personality taint the aforementioned two have suffered is much greater than the match suspensions or two weeks wages they’ve been fined. They are now perceived as evil and disgusting, surely this should see a decline in racism in football?

Whilst I wouldn’t go as far as saying I agree with Fergie, I personally don’t see how boycotting an anti-racism campaign makes sense in trying to fight racism. I think it just sends out the message to racists that what they’re up against isn’t sufficient, and when people sense a weak opposition, they’re surely more likely to pounce.

As I said earlier, racism in football isn’t a major issue, people just perceive it to be because of these high profile one offs that have been documented to death. Those that are against discrimination in football (which I’d like to think is most) should stick together to eliminate these behaviours, whether that means wearing t-shirts or just simply: not being racist.