The Evolution of Football Video Games 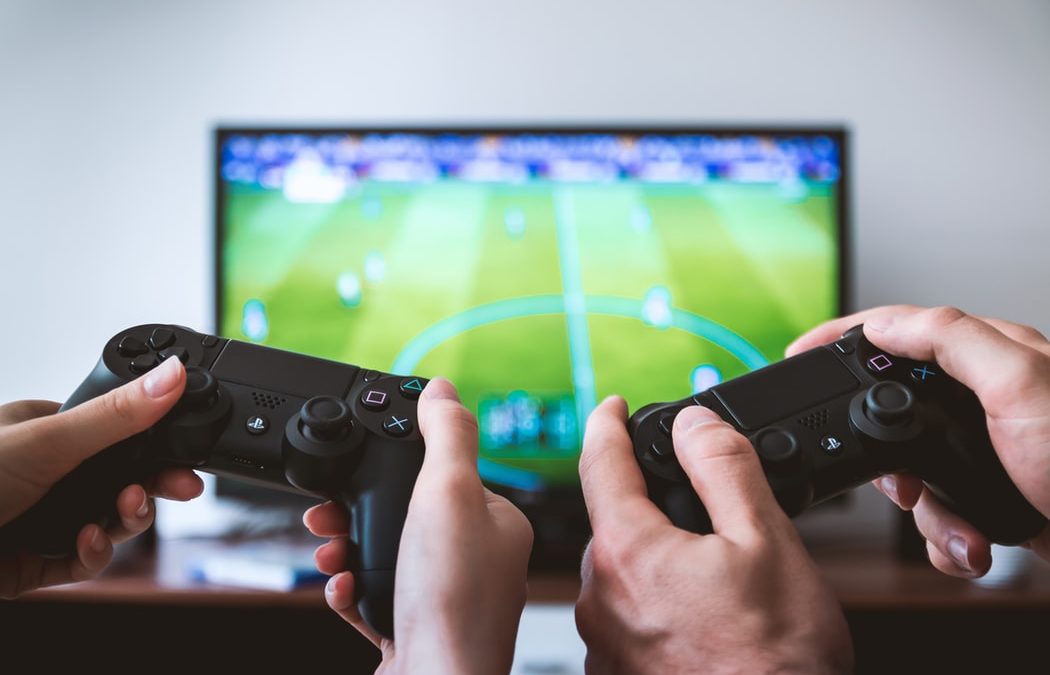 Given the immense popularity of football around the world, it is no surprise that it has been the subject of video games for around 30 years.

These games have evolved from the original primitive versions released on early computers and consoles, through to the complex works of art released under the FIFA Football and Pro Evolution Soccer titles in the modern era.

Regardless of how complex the games have been, or how realistic their graphics, football games have been enjoyed by fans for decades as they step into the shoes of their favourite players.

Here are some of the games that epitomise how football games have evolved.

Released in 1981 for the Atari 2600, Pele’s Soccer was about as primitive as football games could be.

ather than a full side of eleven players, each team gets one striker, two defenders, and a goalkeeper.

Due to limitations in graphics at this time, players are represented by a coloured circle, with the colour denoting their team.

The game’s box art claims to have 54 different video games inside, although this is stretching the truth slightly. There are 27 different variations of the game, which can be played in single or multiplayer modes.

These variations are essentially different playing speeds, game lengths, and goal sizes. For anyone wanting to travel back in time three decades, the game is available on eBay for around £5, or you can buy it for PlayStation 4 or Xbox One through the Atari Flashback Classics: Volume 2.

However, the game is known as Championship Soccer to avoid licensing issues.

Emlyn Hughes International Soccer was released for the Commodore 64 back in 1988 and contained many of the features we have come to expect in modern-day football games.

This included team editing and the ability to customise your team’s strip. Later versions were released on the Amstrad and ZX Spectrum in 1989, and the Amiga and Atari ST in 1990.

Like Pele’s Soccer, the game has both single and multiplayer options but the latter allows players to compete against each other or work together in a co-operative mode.

The top-down view was replaced by a side-on 2D graphics system, and players were distinguished by the colours of their kits.

The first game to feature the FIFA name, FIFA International Soccer started one of the biggest video game franchises in existence today. It was released by EA Sports in 1993 for the Sega Genesis/Mega Drive, and then many other systems the following year.

However, the licensing agreement with FIFA did not include the rights to use team logos, stadium names, or player names. Instead, player names were made up, and teams were denoted by their flag and kit colour only. The game was a massive hit, selling 500,000 copies in its first week, despite predicted overall sales of just 300,000.

Following the success of FIFA International Soccer, FIFA Soccer 95 was released in 1995. Club sides were included for the first time, featuring top teams from the Premier League, Bundesliga, Serie A, and more. It was here that the series came into its own, and sparked the love for the franchise that exists to this day.

After this, EA Sports made annual releases of the game, a tradition that has continued through to the present day.

Following on from the continued success of the games, FIFA Football 2003 contained many new features, including improved graphics, a Championship Mode, and fans who would sing their club’s unique chants.

From this version onwards, players grew ever closer in likeness to their real-life counterparts.

Although some of the FIFA games featured a management mode, the Football Manager series continues to be popular among fans, selling millions of copies every year.

Instead of controlling the footballers on the pitch, the player is tasked with deciding how the club should be run, appointing players, setting tactics, and undertaking the other managerial tasks of a football club. The series began life back in 1992 when it was known as Championship Manager.

Although other versions had some online play, FIFA 09 saw big improvements to multiplayer gaming over the internet. Online play has since become a fan favourite, as people compete to prove that they are better than their friends and complete strangers.

It also featured Wigan Athletic during their time in the Premier League. Over the last three decades, football games have evolved dramatically.

From the single colour circles that represented players in 1981 to the Ultra High Definition graphics that feature in the latest games, players can now enjoy a far more realistic experience than ever before.