The Great Day Out

It was holiday time for us fans this week, and after enduring countless amounts of 0-0 draws in freezing cold February nights over the years; it seems well deserved. Latics didn’t waste their day out by the seaside, with every ticket taken it was a day to remember. Lets be honest, this was a must win game. If we weren’t capable of beating Blackpool – a team with a worse defence than Saddam Hussein – then it would have looked bleak going into the last five games. Thankfully, the Latics’ performance was a rollercoaster in comparison to Blackpool’s donkeys in the battle between piers and pies. Lively from the off, Wigan pounced on two defensive blunders to leave Ian Holloway pulling out his remaining hair. I’m surprised Roberto Martinez still has a fairly full head of hair left come to mention it. Hugo Rodallega made Craig Cathcart pay for his slip up as he slotted past Matthew Gilks, before the dangerous Charles N’Zogbia teased the defenders before slotted home for 2-0 after Charlie Adam lost the ball in midfield. As badly as Wigan started the corresponding fixture in August, they more than matched it at Bloomfield Road on Saturday, and the crowd loved it. Half time came just at the wrong time for Wigan as the third looked on its way, still Martinez rallied the troops at half time and before long the chances were coming again. N’Zogbia fired into the side netting and Diame came close, before the Senegalese international fired home via a deflection to make it 3-0 to the visitors. Although I didn’t make the game myself – awful dedication I know, I’d never make it as a ‘superfan’ – the mass amounts of blue and white in the stands was clear to see and was a revelation considering our constant bombardment of comments about support. The atmosphere and great day out must have been a real throw back to away days at the likes of Torquay and Bournemouth which I’m sure the real superfans will have countless anecdotes to tell about. All in all, a great day for the Tics where can finally look up as we reach 17th place. DJ Campbell’s late finish did take some of the gloss off a marvellous performance. Will we stay up though? Maybe, as definitive as that sounds. I can only seeing us draw at Sunderland because Cattermole and Big Head will be really fired up for this one and they’ll be determined to end their current bad run. Having said that, Cattermole wound up can lead to numerous bad tackles as we saw at the DW earlier this season. Yet I can still only see a 1-1 coming out of this one. Everton and Villa will both be tough games against teams that typically, have just hit form as we’re about to play them. Then it’s down to the last two games against West Ham and Stoke where anything could happen really, it always can in massive deciding games like that. I do hope Stoke rest players for the Cup Final they’ve just got into though. As a sidenote, did anyone see those muppets on Match of the Day 2 last night? No, I’m not on a bout Hansen and Shearer, but the ugly buggers who claimed to be Wigan fans when interviewed. I found this hard to believe as at no stage did they mention how they’d been to every home game since 1932 nor did they say how Martinez should be sacked and hanged for our awful performances this season. Although the comments about how we should revert to 4-4-2 because ‘there’s proof it works’ did reassure me that lass was a genuine Latic. That Taylor fella talked some bull as well didn’t he? Only joking Jayt, but that Blackpool fan was a bit optimistic with a 3-2 home win prediction wasn’t she? Should have given her a backhander Jayt… This brings me on to the media’s deluded view on Charlie Adam, RetiredFan made a very good point on the forums that the media hype of his has led people to be fooled into believing he’s some kind of world beater. Of which he obviously isn’t. 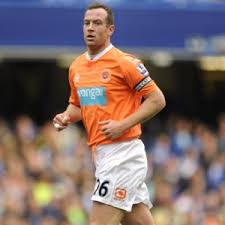 Just because he’s the only Blackpool player to have yielded a transfer fee over a fiver, doesn’t mean he’s a brilliant player. He can’t even pull off the orange kit really can he? Very unfashionable. The constant over hyping of players has led to great expectations which make the players look poor when they’re just performing okay. This couldn’t have been demonstrated better than with Adam, if Liverpool had opened the cheque book for him in January, he may have looked decent next to Lucas in the same way Ugly Betty looks decent next to Susan Boyle; yet he’d be made to look like Scary Spice when Steven Gerrard aka Cheryl Cole is back in action. Yep, I just compared Charlie Adam, Lucas and Steven Gerrard to Ugly Betty, Susan Boyle and Cheryl Cole. Maybe John Terry would be tempted to sleep with one of them if he read this? Some might say this has been the same scenario with Gareth Bale, who strikes me more as a Jennifer Lopez, only joking! As announced yesterday, the PFA player of the season award was given to Gareth Bale as his fellow pros voted him as the best player in the league. Now as good as Bale is, I have a couple of issues with this. Firstly, how can you vote for player of the season when the season hasn’t even finished? The players voted as early as March and now Bale could potentially score 5 own goals a game; miss countless open nets and get sent off for attacking a 10 year old ball boy. Yet he’d still be player of the year. Watch your back ball boys. As unlikely as this is, my next point is more valid. Many people point to Bale’s incredible performance in the Champions’ League against Inter Milan, in which he scored a hat trick. This may be the case, yet the PFA Premier League player of the year is for well, Premier League players for their performances in the Premier League. Not the Champions’ League. If Champions’ League games did make a difference, then that would rule out any player outside the top six of winning it, and we wouldn’t want that would we? My winner? Well it would have to be Fernando Torres, simply for his massive transfer fee and man of the match performance for Chelsea under 12s against Chorleywood under 12s. Did nobody else see that? 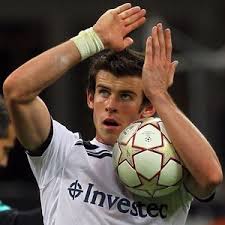 Elsewhere, days out don’t come any bigger than at Wembley, besides for a final of course. I was in an uncomfortable as a ‘neutral’ because I dislike all four of the semi-finalists. Man Utd, Man City, Stoke and Bolton. Or for added hilarity: Man Ure, Citeh, Sjoke and Noblot. On Saturday, I had the pleasure of watching United lose. Then seeing the excuses flooding in for why they didn’t win. Berbatov’s rubbish, Scholes shouldn’t have got sent off, City would be nowhere without money blah blah blah. Typical glory hunter responses there and Manchester was happy due to the result; Cornwall, Dublin and Beijing were left distressed following the 1-0 defeat. (It’s supposed to be funny because it’s a reference between City fans all being locals from Manchester and United fans being distant, glory hunting fans). Yaya Toure displayed to us all why he should either be a long jumper or high jumper at next year’s Olympics due to his huge strides that took him past Nemanja Vidic before slotting past Edwin Van der Sar. Michael Carrick also did excellent impressions of Gareth Barry and Ben Watson as he gave the ball away at every available opportunity. The impressions just kept coming, Berbatov’s impersonation of Julius Aghahowa mixed with Franco Di Santo by knocking the ball over from 2 yards out was comical. Rumours he’s nominated for an Oscar due to the performance can be confirmed as false. Lastly, Paul Scholes thought it would be funny to recreate Nigel De Jong’s kung fu kick on Xabi Alonso by doing the same to Pablo Zabaleta. He does lose marks though for kicking him in the leg and not the chest. On Sunday, Bolton Wanderers’ excellent recreation of a Pub Team earns them the impression of the week award, albeit at the expense of a cup final spot. Owen Coyle found out to his embarrassment that starting an out and out striker in centre midfield is never a good idea, especially considering the striker is Johan Elmander. Square pegs and round holes come to mind, which makes a change because it’s usually cow’s arses and banjos when Elmander’s mentioned. Stoke City’s fans had the time of their lives as they cruised to a rampant 5-0 victory thanks to goals from Matty Etherington, Robert Huth, Kenwyne Jones and a brace from Jon Walters. The red and white faithful made the most of the experience after all, it was the first time most of them had left Stoke-on-Trent in their entire life time. 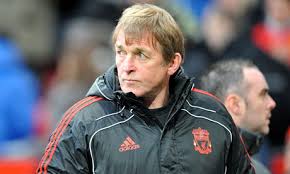 Thanks to the manor of defeat, Latics fans can laugh at our unfortunate neighbours as this day of great magnitude ended in horrible defeat for the fans who expected a performance of enormity to honour the late Nat Lofthouse. For that I think we can all feel sorry, but seeing Bolton fans close to tears on national TV was priceless. I’ve not seen anyone that sad since Charlie Adam when his comparison Susan Boyle didn’t win Britain’s Got Talent a few years back. Diddums. One final thing, did anyone else see Dalglish’s altercation with Mr Wenger after Liverpool practically handed United the title with a 102nd minute penalty from Dirk Kuyt? It was comical when Wenger, angry at the penalty decision confronted Dalglish and the Scot proceeded to tell Wenger to p*ss off in front on Sky cameras. We’ve not seen that on Sky before now have we? Surely a two match ban will be on its way… I fear for Wenger if it had got aggressive though, being French it would be only right for him to surrender as the ferocious animal Dalglish whips out his bag pipes and an army of kilt wearing Scots armed with Machetes accompany him. Now that gives a whole new meaning to football hooliganism. See you next week. The Duke’s Goal of the Weekend: Matthew Etherington’s wonder strike, Noblot 0-5 Sjoke Save of the Weekend: Any of Rob Green’s to keep Villa’s strikers out, why doesn’t this guy have more England caps? West Ham 1-2 Aston Villa Blunder of the Weekend: Emmanuel Eboue’s suicidal decision to foul Lucas in the 102ns minute to give Liverpool a penalty, Arsenal 1-1 Liverpool This Week’s Teaser: How many times has Paul Scholes been sent off in his career?