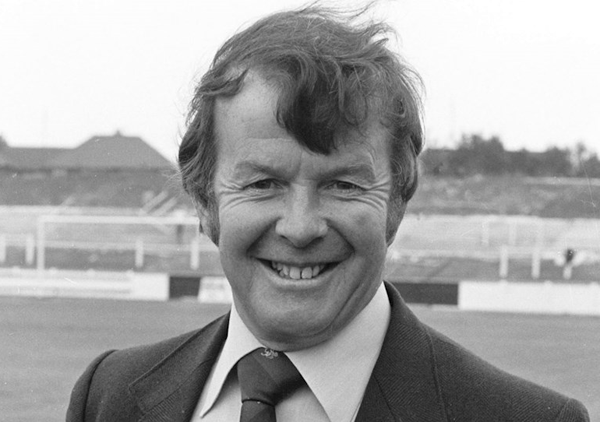 There are many past managers and players at football clubs that have the tag of Legend associated with them, but with Ian McNeill we have a Legend that truly earned the Title.

Born in the Year that Wigan Athletic was founded (in our current form), Ian McNeill went on to be the Gaffer that eventually got Wigan Athletic into the Football League.

He sadly passed away on Saturday aged 85, but Scotsman will always be etched in Wigan Athletic history as the Manager that succeeded in us gaining our election to the Football League.

He didn’t stop there though as he went on to find our feet in that new land by keeping us there for the first couple of seasons, before moving on to Chelsea.

Ian had been a player both North and South of the border before turning to management at non-league level, he had a brief time at Wigan in 1968 but it wasn’t the right time.

He re-joined Wigan Athletic in 1976, and after many years of knocking on the door, saw us elected into the Football League in 1978.

The following season he saw Latics to a top 6 finish and cement our place in the 4th Division and he repeated the feat the year after.

After moving around Chelsea, Shrewsbury and Millwall he then had another brief spell back at Wigan as a scout under Bruce Rich in 2000.

He brought many good players to the Club, Peter Houghton, Noel Ward and Maurice Whittle just to name a few.

He laid the groundwork for what would become of this little club playing in the backyard of……. League Titles, Top Division sting of 8 years and of course the FA Cup.

Without his perseverance, tactical nous and nose for a decent player, Latics could well have still been in non-league.

We as a Club owe him a great debt of gratitude and his passing is a great loss.

RIP from everyone at Cockney Latic.

There will be a minutes applause on Saturday prior to the Southend Game as a mark of Respect for a true Wigan Athletic Legend.