The Supporters come together again to spur Latics on 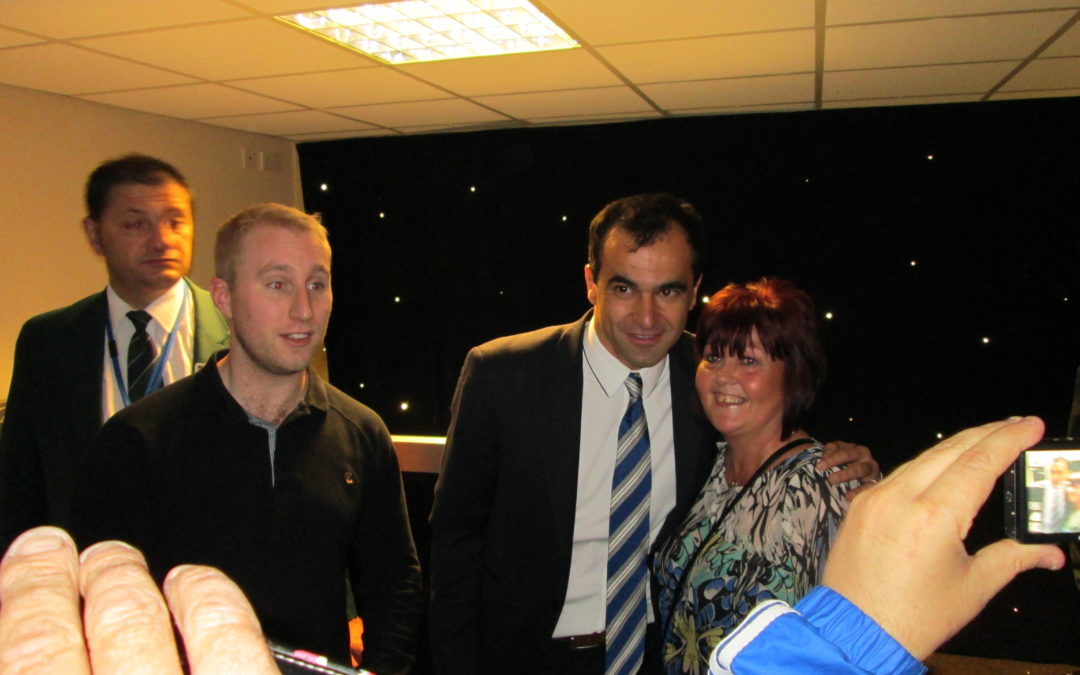 It was a brilliant performance and tremendous result for Wigan Athletic at Reading this weekend, but despite this, the going will be tough for the remaining matches of the run in to the end of the season.

When the going gets tough for Wigan Athletic, the Latics fans really do get going…..

Last season the support shown to the team when they were struggling in the fight against relegation was phenomenal. Players, staff and the manager all commented on how it helped to inspire the team to get the results that were needed to secure safety, the togetherness of the club was cited as one of the most important ingredients of the run-in, a quick look at our neighbours Blackburn and how they were a club not only in trouble on the field, but completely divided off it and their outcome shows what can happen when that support isn’t forthcoming from the stands.

Roberto Martinez made a secial effort after the Wolves game to greet the fans and thank them for their support in teh Wigan Athletic Supporters Club Bar under the South Stand. He commented on the Supporters Club were invaluable to the Club and thanked it’s comitte and members for the part they played in publicising and attending the Meet and Greets before the games.

Despite yesterdays fantastic result at Reading, we are still in a similar position to this time last year. Now as supporters it’s our time to be counted again, we can make a difference, we can help the team fight their way out of this situation, it’s time for us to make a stand

Next up at the DW Stadium is Liverpool on Saturday the 2nd March with a 5:30pm kick-off, this is the day when the fans ‘Meet & Greet’ is to be resurrected. If ever the team needed to know that the fans are behind them then its now, once again the togetherness of our great club needs to be shown to get the lads pumped up for what will undoubtedly be a very difficult match

So what are we going to do?

Let’s get down to the DW Stadium early that day, 3pm, and make some terrific noise to ensure that the players know 100% that the supporters of Wigan Athletic are up for the fight over the next couple of months. Let’s give them that boost that they need to perform that extra 1% to grind out a result and get our season’s run-in off to a positive start.

We know this kind of support makes a difference, we’ve seen it in action, and the club even celebrated last season’s efforts from the fans by publishing a book about it. There is already a great deal of support for this and a large number of supporters are expected at the corner of the East and South stands as the players arrive on the 2nd March.

Will you be there?