The Untold Truth About The Premier League

It is one of the top level football league not only in the United Kingdom but also all over the world.

It is the most-watched sports competition on air in 212 nations, attracting a potential number of 4.7 billion people according The Times magazine. If you are a big fan of football, you must be watching it, The Premier League.

Yet, do you think you are fully aware of this championship?

Let’s check out the following facts to test your knowledge about The Premier League.

#1: The Premier League Was Founded After A Downturn Of Football In Britain

However successful as it may seem, the Premier League was started from a very low point.

European football had considerable achievements in the 1970s and early 1980s but the late 1980s saw such a big crisis. Crumbling stadiums, increasing hooliganism, poor facilities, lack of support.

The peak of the crisis was the fatal disaster in Heysel Stadium in 1985. There were 39 deaths and English football clubs were excluded from the European competition for the next five years.

The punishment hadn’t ended when another disaster rocked the English game. There were 96 fatalities in the semi-final match of FA Cup between Liverpool and Nottingham Forest at Hillsborough Stadium in 1989. 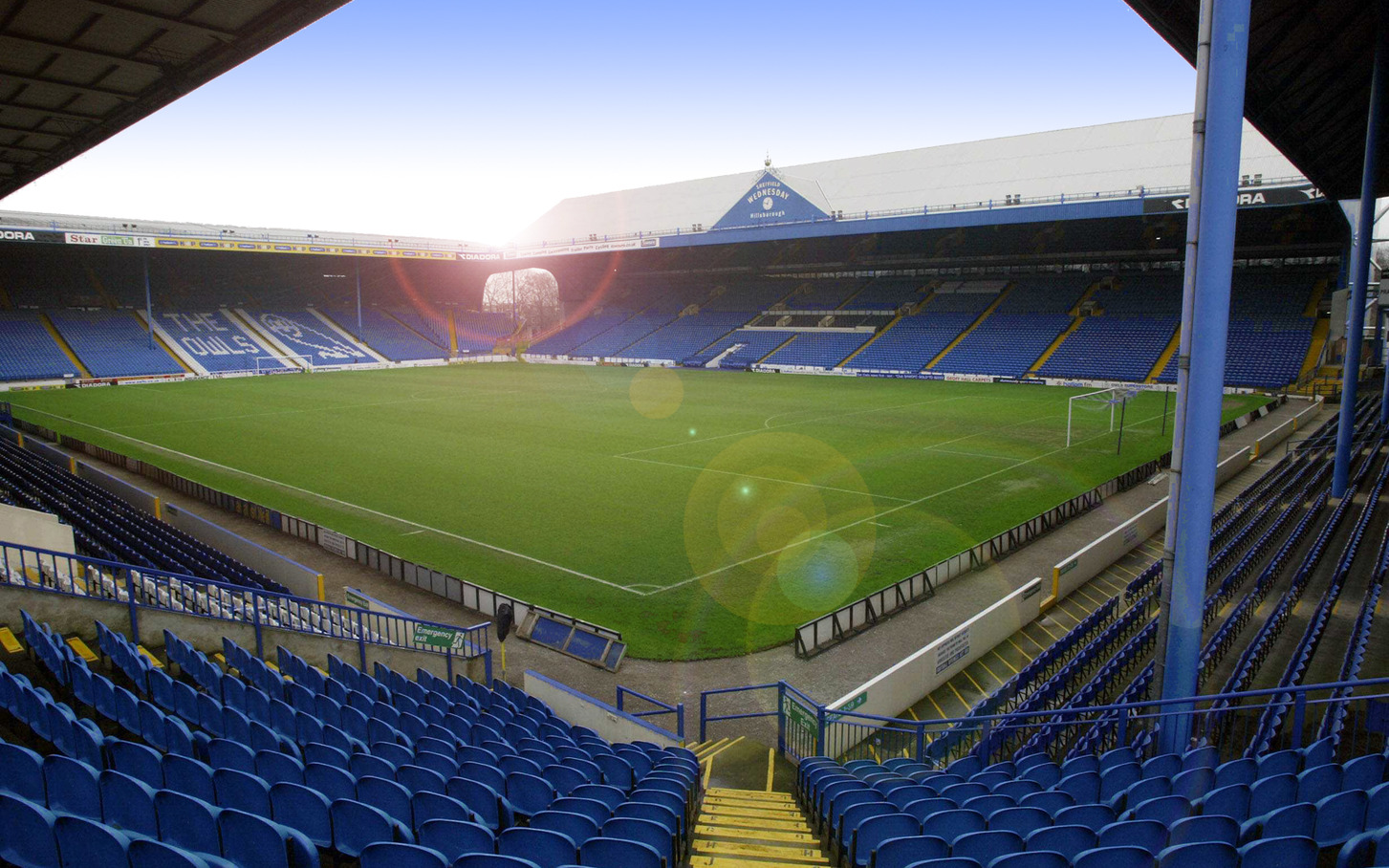 With an effort to revive the crown of English football, the biggest clubs sat down together and established The Premier League in the early 1900s.

After 26 seasons, it is now one of the most famous and prestigious football championship worldwide.

#2: The Cost of Broadcast Right Has Set A Record

In 1991, when the proposal for a new, independent football championship was finally reached, the Football Association of the Premier League was also granted the right to find and negotiate the sponsorship and broadcast.

ITV was the first in the game, offering £205 million, later increased the offer to £262 million for the television rights. However, they were outbid with a £304 million bid from a satellite television company, SKY TV.

According the behind-the-scene news, the chairman of Tottenham Hotspur at that time played an important role in getting such a profitable deal.

The agreement for broadcast rights has increased massively over the years. Right now, the league has makes approximately €2.2 billion per year for domestic and international television rights.

In the mid 2000s, English football was dominated by the so-called “Top Four” clubs. They were Arsenal, Manchester United, Liverpool and Chelsea.

These clubs helped the United Kingdom take back the first position in the European Championship. The top 4 places in the UEFA Champions League all belonged to the Big 4 from 2003 to 2009.

In the Premier League, Arsenal received the name “The Invincibles” for being the first to win all their matches in the season 2003-2004.

The dominance of Big 4 clubs was criticized for making the league a playground for the top clubs only, though the chief executive of Premier League, Richard Scudamore defended that it was the tussles from the bottom to the top that made it interesting.

From the dawn of 2009, the supremacy of Big 4 clubs changed a little bit with the appearance of 2 more teams Manchester City and Tottenham Hotspur.

Tottenham was the first to break the top four situation when it finished the 2009–2010 season in fourth place.

In the 2011–2012 season, to the audiences’ surprise, Manchester City first won the Premier League Trophy. It was also the first club besides the Big 4 winning the League since 2010.

Nevertheless, the gap between several elite clubs and the rest of the Premier League is still tremendous. The financial discrepancy is the most obvious.

All of the Big 6 clubs are in the top 10 richest football clubs in the world, making the maximum revenue of €676.3 million (Manchester United) and the minimum of 350 million. On the other hand, Leicester City, the club closest to Big 6 in terms of income, has only €271.1 million in their budget.

#5: The Premier League Used To Have Exclusive Sponsorship

Before becoming the sole brand for football competition like major sport leagues in the United States, the Premier League had sold the sponsorship rights to 2 companies. The first one is Carling from 1993 to 2001. Another is Barclaycard and Barclays (the banking brand of Barclaycard) for 15 years from 2001 to 2016.

The movement from sponsored to non-sponsored since 2016-2017 season has been considered a big step toward a fair, sportsmanlike competition.

#6: The Logo Has Been Changed 6 Times 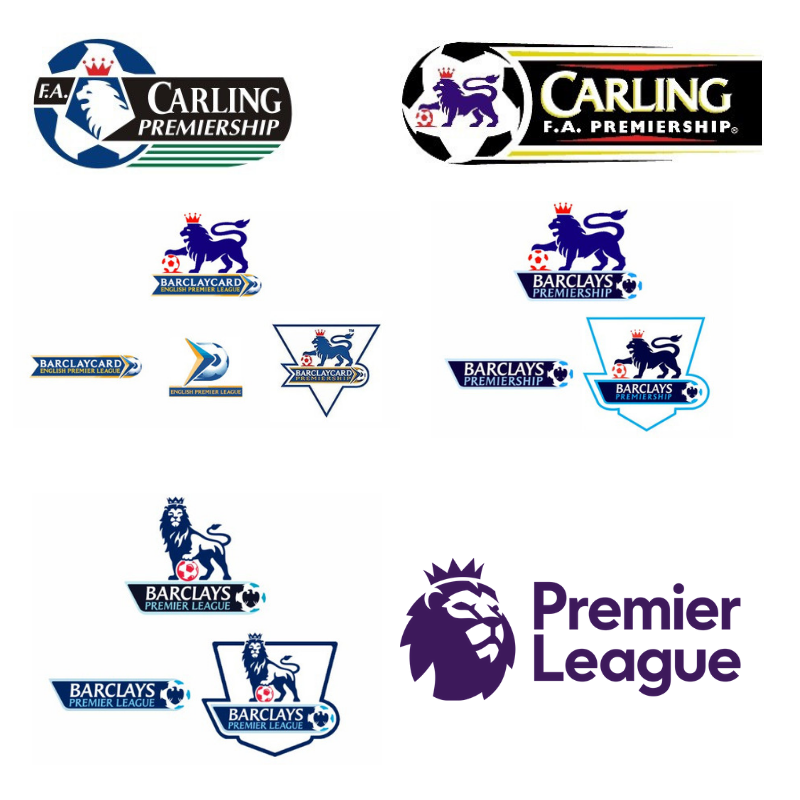 Different logos of The Premier League

Needless to say, the current logo is minimal but meaningful with a lion’s heart wearing a crown. It’s all about modernity, confidence and nobility. However, the Premier League had a quite different logo before 2016.

This is easy to understand because back to the old days, the championship got sponsorship. As a result, the patron’s name appeared in the logo. The whole lion’s body with one leg placing on a ball was also included in the previous logos.

There used to be more colored. Navy, red and black were the 3 main shades but now only navy appears in the current logo of the Premier League.

#7: Manchester wins most of the seasons

By Manchester here, I mean both representatives from this county, Manchester United and Manchester City.

The former was well-known for winning 13 out of 26 seasons while the latter, despite being the winner for 3 times only, is the current champions of the 2017-2018 season.

It seems to me that Manchester United has gone through its heyday. However, they are still a legend.

The second place in the list of most winning football clubs in Premier League is Chelsea with 5 trophies. It is regarded as a balanced team with stable skills.

The winner of the Premier League season 2018-2019 hasn’t been decided yet. Let’s see if Manchester United can take its crown back or a brand new name will win the game.

#8: The League Is Not All About English Football Clubs

In fact, not only English clubs can join the competition, Welsh, Scottish or Irish clubs can, too. The promotion and relegation system allows top 2 teams from EFL Championship to take part in the Premier League.

There have been 2 non-English clubs to participate in the championship for top flight football clubs in the United Kingdom. 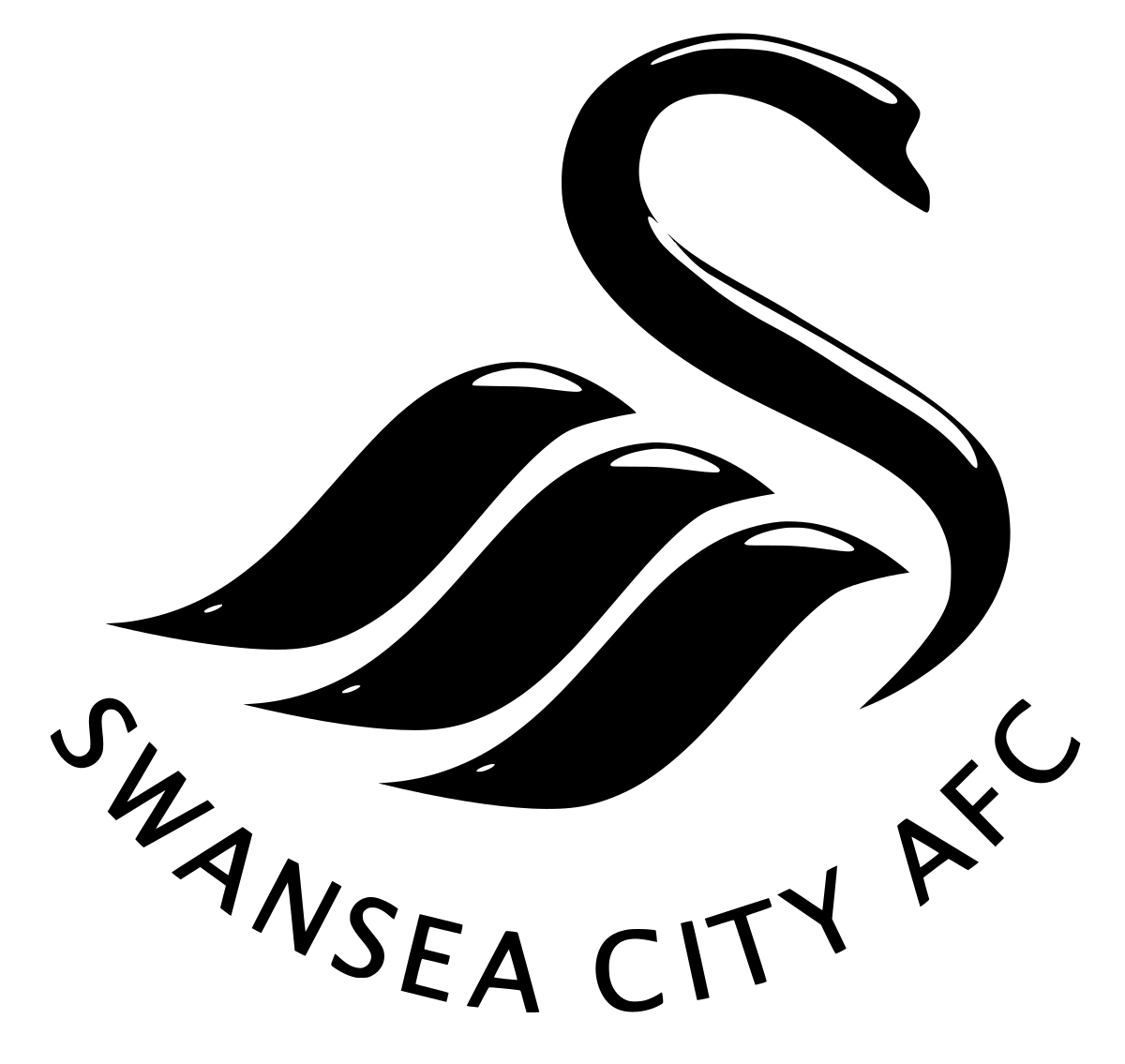 The first one was Swansea City of Wales in 2011. The football match at the Liberty Stadium, home to Swansea City was also the first to occur outside England.

Cardiff City got promotion to the Premier League In the 2013-2014 season though it was relegated right after that.

The first non-English club to join the Premier League

In spite of a lot of disputes, the Premier League is still one of the most reputed football championship. The current season has been through two-third of its way.

You and I will soon know the winner but every match in the competition is worth to watch and follow.

Not only to support your favourite club but also to promote a sense of sportsmanship.