Those You Love To hate

Every club has those players that the fans have a hatred for, in Latics’ case, it’s usually one of our own players (think Jordi Gomez, Jason Scotland, Gary Teale); but regardless of who they support, I think everyone has a strong dislike for Luis Suarez.

I think this guy is a more incident prone player than Mario Balotelli now, but in contrast to City’s eccentric Italian who’s more of an accident prone puppy dog; Suarez is a pitbull. There is nothing remotely likeable about him.

On Sunday, as he fired his shot towards goal and it ricochet off Leighton Baines and into the Everton goal, I think fans of all clubs sighed in disappointment in response to the sight of him succeeding. Besides Liverpool fans of course.

What followed next was madness. He had the audacity to sprint directly towards the Everton bench and perform a mock dive in front of David Moyes, to the disgust of almost everyone watching. Even Steven Gerrard couldn’t believe what he was seeing judging by his facial expressions. 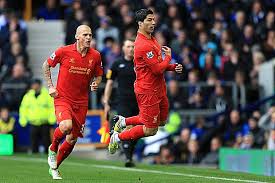 Firstly, the celebration was a little over zealous considering the goal was actually an own goal; and secondly, what was he trying to achieve? All he succeeding in doing was making the world of football hate him a little more. Who are football fans going to side with, an honest, hardworking manager like David Moyes or a racist, arrogant, cheating prima donna like Luis Suarez?

And anyway, Jurgen Klinsmann was doing that kind of stuff in 1994, has he not thought of anything more imaginative?

Nobody can deny the boy’s talent though, which is why Liverpool fans must be in such a dilemma, do they love him for his talents or hate him for his behaviour? Suarez is an excellent striker who has the technical ability to grace any team, but his reputation even taints that. I think he’d be much more highly rated if he wasn’t considered such an idiot by the footballing world.

When he did actually score a goal, his celebration wasn’t as outrageous, but that didn’t stop everyone leaping for joy at the vast injustice of his disallowed goal in the last minute. Karma gets everyone, it seems.

He isn’t the first public enemy number one though, and I’m sure he won’t be the last, but it is rather strange to see someone hated even more than the Prime Minister.

El-Hadji Diouf is one fans have happily loathed over the last decade; Gary Neville must have received less Christmas cards than Osama Bin Laden in his 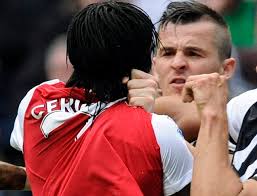 prime and Joey Barton has never been a Princess Diana. It seems inevitable that in a sport such heavily scrutinized that hatred will exist, but to this extent?

The aforementioned players have all brought rival fan’s detestation on themselves, whether it’s been through badge kissing, wreckless challenges or beating up teammates. But every week, Suarez manages to add hundreds of names to the ‘people that hate Luis Suarez’ list.

As for his stamp on Distin, I have no idea how he wasn’t sent off. Conor Sammon got dismissed for sneezing on Michael Carrick last season, Suarez blatantly nearly snapped Distin’s foot off and didn’t even get a yellow card. Of course, you can’t prove it was purposeful, but it seems rather suspicious the way he managed to stamp on Distin so carelessly.

Personally, I can’t name a player (besides John Terry) who’s as hated as him. Every club’s faithful hates players, whether it be for a bad tackle they’ve committed in the past, previous clubs they’ve played for, or for the club they’ve left. I remember Robbie Fowler, a really top bloke, being despised by Manchester United fans, purely because he played for Liverpool, Leeds and City. It’s not as if he’s killed anyone, yet he was hated more than an Israeli in the Gaza strip at one point.

I get the hatred for Suarez, but I’ve never understood hating a player purely because he of who he’s played for. The Sol Campbell issue I can understand as Tottenham felt betrayed, but I’ve heard Latics fans boo Valencia and Rodallega on their returns to the DW, do they really deserve it for just moving clubs?

Personally, I dislike pundits more than players. There’s nothing more irritating than a pundit that spits a load of nonsense at you every time he opens his mouth. Put simply: any pundit. 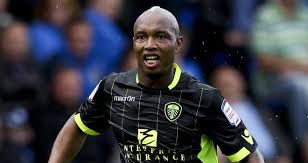 Paul Merson, Garth Crookes and Alan Shearer are the worst offenders, but I wouldn’t go as far as saying I hate them. I’m not sure I hate any football player to be honest, it’s not as if they’ve caused me any personal harm or offense. There’s players I don’t like and don’t respect, like Terry and Suarez, but do I hate them? No, I wouldn’t give them the satisfaction.

Players like Suarez seem to actually perform better in a hostile atmosphere where they can feel the fans getting riled up. They love being the centre of attention, otherwise, why would they do things like outrageous celebrations in front of their biggest rival’s manager?

I was watching Leeds vs Everton in the Capital One Cup just the other week, and you could tell El-Hadji Diouf was loving it every time he annoyed the visiting Evertonians. It’s also no surprise that he played a decent match too, they only seemed to spur him on.

In conclusion, I think it’s good we have these pantomime villains to vent anger at, football wouldn’t be the same without it. There seem to be plenty willing to apply for the roles and if they don’t like it, then they can easily become a pundit when they retire, it’s not done Robbie Savage or Gary Nevilles’ popularity any harm.