Too many Cooks spoil the broth, lets hope not 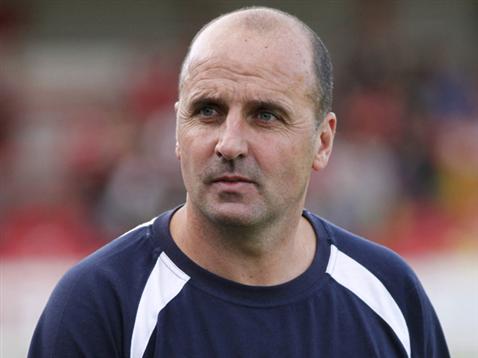 So Wigan Athletic have at last announced our new manger, Paul Cook will take over immediately and start work on getting a swift return to the championship

In a week that has seen Garry Cook brought in to work his magic on getting a Billionaire new owner to take on Wigan, we now see his Paul Cook (wonder if there is a relationship there?) named as our new manager.

Latics will of course be without any parachute payments this time around and so the task will be that much harder unless Mr Whelan will allow his grandson to spend some of his retirement pot.

But Paul Cook has got a decent track record so fr and so we can only wait and see… rather than repeat the Club Release, here is the announcement from the Official Site:

“It’s been a long process since the last manager left; we’ve had around 80 to 90 days and it has been good because I have been able to have a lot of thinking time, from lots of different angles, different situations but Paul was the man that I felt was best to take this club forwards after looking at the jobs he has done at Chesterfield and Portsmouth in the last four seasons.

“He has won two promotions, has never been outside of the top six, has a 50% win ratio and also plays the brand of football that I think is the best for this football club. Moving forwards, I’ll be delighted to see Paul’s work in progress and I have a good feeling about it.”

Sharpe also felt Cook’s personality as much as his track record was a big pull:

“The short term priority is to win football games and try and beat the top end of the table; Paul’s got a great track record of doing that and his record speaks for itself,” Sharpe added.

“The man I met, in terms of his character and how lively and energetic he is, makes me believe he will be a lift for the whole place and I think we need that sort of character.

“He’s very bubbly, will have the boys playing with a smile on their faces and I am looking forward to what he will bring it.”

And the fact Cook, who began his playing career with Latics before returning to the club in 2001-02 for a loan spell, has a previous affiliation with a club was an equally convincing factor.

“Paul having an association with the football club is massive for me; we have seen it before with Paul Jewell, Roberto Martinez and Gary Caldwell,” Sharpe explained. “It means he knows how much it means to us and the supporters and that stands him in good stead.

“He knows the club, he knows the area, he’s a scouser – and we have had a very good scouser here before!”

On what is to come in the summer and the current squad, Sharpe said Cook comes into the job with a strong base to build on.

“I think the club but also the squad was the attraction to Paul; it gives him the chance to be at the top end of League One and that will be his aim.

“The squad is in very good shape; it doesn’t need major surgery but he may want to do a few bits if a couple of players leave but the core of it is very good and that was a big attraction to him.

“He plays a passing game, an attacking game with a fluid system. When I was compiling a shortlist, I whittled it down automatically on who plays our way and who doesn’t. Paul was at the very top of the list after what he had done with both Chesterfield and Portsmouth.

“He took Chesterfield from League Two to the League One play-offs and developed a team including the likes of Sam Clucas (Hull City now in the Premier League), Sam Morsy (who’s now with us and we know the quality he brings) and Tendayi Darikwa (now at Burnley), all players he picked up for next to nothing and turned them into top players.

“He has a great track record of improving players with a lot of potential whilst also bringing success at the same time and playing the style of football that we want to see.”