Turning point or just a flash in the pan? 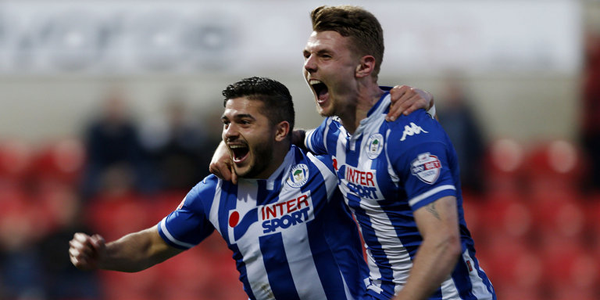 It has all been doom and gloom for Wigan Athletic fans over the course of the season so far, but has Warren Joyce seen the turning point?

Whether you like Gary Caldwell or not, it was plain to see that he was out of his depth in this league. Management is all about making the right choices and he wasn’t making them.

Players were going out that should have been in the squad, and others being brought in when clearly they weren’t fit or up to it.

Consistently playing players out of position and playing others that weren’t in form (or not good enough) were the downfall and he paid the price.

Since Gary’s departure though, we haven’t fared to well anyway, good luck on the manager’s job at Chesterfield by the way (you may need it).

Warren Joyce came in and basically saw what we as fans all saw, a disjointed team that was very unprepared and unfit for this league.

He struggled along, trying different formations and players, setting himself up for January when he could do something about it – that’s how we all saw it, right?

Well, things really have brightened up over the past couple of weeks, we saw our first win in the Cup since, well, erm… I can’t actually remember. We saw our first league win in 2 months and 7 games, and back to back wins thrown into the mix for the first time this season.

We have seen the return of Sam Morsy and he has had an immediate impact, nit only on the pitch but also in the way he snubbed Barnsley to sign an extended contract. It shows a lot about the player, the manager and the outgoing manager.

A new loan signing in the form of Everton player Callum Connelly, saw an amazing debut against Burton where the youngster pulled a man of the match performance including a brace, a clean sheet and a win. We like this kid.

I actually love him as I put on a £15 bet for Wigan to win, with a goal in each half, so I owe him a pint or ten. This weekend we see Brentford arrive at the DW Stadium and I am going to put the same bet on here too.  If you need tips, try www.footballbets.tips

More surprises are promised, not least with the imminent arrival of Jem Karacan (if you believe the jungle drums), plus a couple of the injured players coming back, are things looking to be turning for Latics at long last?

Winning the next two games would be amazing, but just the Brentford game would be huge for our season, it could see us move out of the bottom three and pulls our visitors within striking distance.

Although getting past United would be exceptional, we have to think about who we are playing, especially now they have hit a run of form (even though they let me down at the weekend by not beating the orrible reds).

I think this really is the start of our season and we will be safe, but I want us to have an easy time at the end of the season and not one where we scrape in on the final week.

Let’s see what the next few games bring, keep getting behind the lads and give the gaffer a bit of backing.