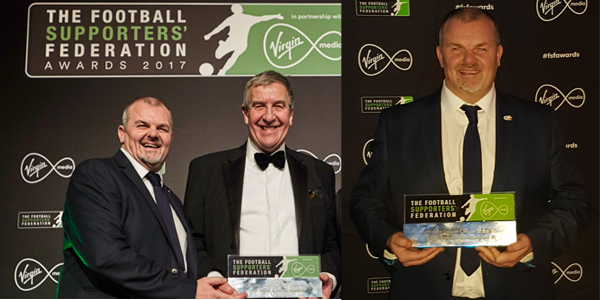 FSF Update, well it has been a while so many apologies for leaving it so long. Here we look at the latest goings on at the FSF and their campaigns to make football more inclusive and better for all fans.

It may well seem that we have just been playing on global live casino, rather than keeping on the ball with the latest goings on at the FSF. But that is not the case, in fact we have been constantly updated by them, we just haven’t got round to reporting it.

Strangely, it is now common knowledge that the FSF Football Supporters federation) and the SD (Supporters Direct) have now merged to form a more coherent body to take football fans views to task.

Earlier this year it was reported that fans were being left out of pocket due to TV fixture changes, great strides have been made to get refunds for travel costs where advanced bookings have been made.

We heard all about the new TV deals, but how much is going to be filtered down past the PL? FA Cup price hikes for the semi and Final are 10 times above inflation!!!  Standing at football has now reached parliament as the FA get behind the move in principle.

These are just a few of the campaigns that fans wanted to be addressed, and the FSF are the body making great strides to have a satisfactory debate and outcome.
After the success story where the FSF managed to put enough pressure on PL clubs to put a cap on away tickets, a top price of £30 is now in force, pretty close to the £20 is plenty they were campaigning for, so it is moving in the right direction.

After the amazing success of Wigan Athletic SLOs Jason Taylor and Ian Wadsworth winning the SLO of the year award 2017, both the EFL an FSF have been shadowing them and releasing a handbook and film respectively highlighting theirs and the SLO role.

This year saw the sad death of Tottenham’s SLO Jonathan Waite (2016 winner of SLO of the Year), our thoughts are with his family and friends.

We will try not to leave it so long for the next update… keep looking back.