Understanding the Background of Greyhound Racing 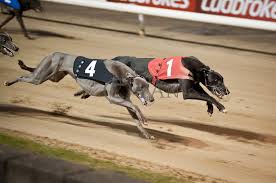 Greyhounds are incredibly performant dogs. They are great pets that are friendly, energetic, and loyal – just like most dogs. But unlike, say, a chihuahua, these dogs are also athletes. They are covered in hugely powerful muscle, and they are capable of putting that muscle to great use with their incredible biomechanics

Once the dogs have settled into this incredible pace, they are known to keep it up for as much as 7 miles. That’s a huge amount of distance to cover at such a speed.

So, it’s no surprise then this is such a popular sport to watch. We love seeing man’s best friend perform like a rocket, and it’s thrilling betting on the outcome.

But how does little Fido get to this point in the first place? What do their Rocky training montages look like? And by understanding this, can we place better bets? You can find a ton of information on this website.

How It All Starts

A racing greyhound will stay with their Mommas for about eight weeks, after which they will usually get to roam around a farm chasing their friends and generally developing their muscles to some degree. They will play with toys and generally enjoy the existence that most pups do – only with lots more space to run around in!

After five months though, greyhounds will often be separated into pairs. They will spend the following seven months being leash trained, muzzle trained, and trained in a range of verbal commands. Don’t worry though: they are still shown a lot of love and affection!

At 12 months, they will be moved to a training facility located near to the grounds. Here they will be encouraged to race in a playful manner against older competition. At 14 they will be visiting the track twice a week to be trained by racers.

By 15-18 months they will now live on the race track and will usually begin being entered into their initial races. If this goes well, they will begin to progress, and if it goes badly, they will often be retired.

How to Spot a Well-Trained Greyhound

So with all that in mind, how do you spot a winner?

Well, while there is no guaranteed trick, you should take a look at the muscle development. The dogs will have a genetic predisposition to build muscle as a result of running and this is important as strength equates with speed in this case.

You should also consider the age. A dog that is very young (18 months and younger) won’t be all that experienced, whereas a dog that is getting on in years might start to lose their edge.

Look for liveliness, energy and fun. And ultimately, follow your gut!