United Legend could await should Mackay be found guilty 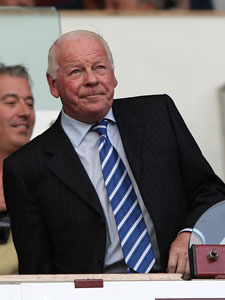 After much controversy surrounding his appointment, Malky Mackay could face the sack if he’s found guilty by the FA for alleged racist and homophobic texts sent by the Scot during his time at Cardiff.

Mackay is currently under investigation from the FA for such texts and could leave Dave Whelan (Or whoever is Chairman of the club) with no choice but to sack the Scot if he is found guilty due to a ‘protecting the club’ clause in Mackay’s contract.

However it is the name to replace the Scot should he be sacked that has raised some eyebrows this week with that name being Ryan Giggs. The Manchester United legend (now number 2 at Old Trafford) has been thrown into the hat this week with the Welshman allegedly itching to get his managerial career started.

The 41 year-old hung up his boots at the end of last season whilst taking temporary charge of Man United for the last 4 games of the season following the sacking of David Moyes.

In that time Giggs recorded 2 wins, a draw, and a loss with help from his former teammates Phil Neville, Paul Scholes and Nicky Butt, the latter allegedly becoming his number 2 should the Welshman take charge at the DW.

Would he be welcomed with open arms in Wigan? I don’t think so. The club is in a dark place at the moment with a win desperately needed on Saturday against Norwich experience needs to be called up and unfortunately, Giggs is an inexperienced manager but he has all the credentials as a player and is currently working under the wing of one of the greatest managers of all time, surely he’s learning something? It’s a perfect stepping stone for Giggs to get into management and inevitably lead to bigger and better things but is that what we want our manager to do?

When he was asked in an interview, Giggs admitted that he could listen to a management offer should the right opportunity rise:

“I’ve been at the club for so long that I’m familiar with the club but if I want to further my coaching career or managing career and if it’s not at Manchester United then so be it but I’ll just have to wait and see.”

This could just be a mere rumour but it will be interesting to see if this story evolves into anything. We could see our chairman and manager depart in the near future and with a major reshuffle at the club; could we be a different club come the turn of the year?