Why The Heritage Of The FA Cup Must Be Preserved

The New Year inevitably brings the third round of the FA Cup, which is a unique day in the footballing calendar and unlike any other in world football. It provides some harmless nostalgia to remind Premier League fans of yesteryear and allows lower league fans to sample Premier League football for the day. For the sake of English football, it’s imperative we hold on to its heritage.

Nowadays, the early rounds of the FA Cup are generally used by Premier League clubs to give fringe players an opportunity to gain match sharpness or put themselves in the shop window whilst key players recuperate after a frantic Christmas period. Who can blame Premier League managers for doing so? Their club’s league position at the end of the season is what they’re judged on and what provides an income for the club. A good cup run is considered by most as only a bonus and not a priority. But should it be this way?

For a club like ours, maybe it should. I’m a fan of the FA Cup but I understand that even for the largest of squads, a long cup run can really challenge the resources available. How often have you heard fans, players and managers referring to their exit from a cup competition as the perfect opportunity for them to concentrate on the league? It may only be a silver lining, but it’s a very valid point. Why should teams risk their final league position for the sake of a day out to Wembley?

I think the attraction of the FA Cup is mainly for lower league clubs, especially during the early rounds obviously. For Premier League clubs, the prospect of facing Bournemouth at home for example isn’t particularly attractive as it could easily be a stumbling block, the best that can come out of the match is an expected win, the worst case scenario is far worse. 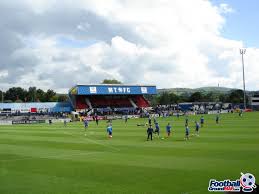 The best cup ties for clubs like ours, in my opinion, are away ties at local lower division grounds. This is why I’m quite excited about the prospect of facing Macclesfield away in the next round (providing we negotiate the replay at Bournemouth successfully). The Moss Rose is a very quaint stadium which will represent for many the journey Wigan Athletic has been on in recent decades. The stadium itself isn’t dissimilar to Springfield Park in terms of capacity, the thought of an open away terrace in what will inevitably be heavy rainfall shouldn’t be an attractive one, but for many it’ll be a throw back to Wigan’s third division days. For those old enough, it might even be reminiscent of when Wigan faced the likes of Macclesfield in the old Cheshire league.

I can’t imagine the same could be said for a Chelsea fan however, who would probably consider such a tie as an inconvenience more than anything. They’re used to playing against Barcelona and co in the Champions League, why should a trip to Macclesfield be anything other than unattractive and boring?

Some may put that argument forward as to why the FA Cup maybe isn’t as magical as people claim. I’d reject this theory however, there really isn’t another competition like the FA Cup.

I’m not saying that because I’m a typical proud, elitist Englishman who considers the Premier League and everything about the English game to be superior to our foreign counterparts, but I genuinely think the FA Cup is a vital part of making our country so famous for its football. As the oldest football competition in the world, you can’t deny it has the most heritage. Yet as previously mentioned, the ever increasing pressures of modern football are putting it at risk. Even the competition itself is becoming commercialized as football evolves into an ever more business like environment with sponsorship deals with EON and now Budweiser.

Why should the FA Cup be considered the best cup competition? Well for a kick off, cup upsets occur every year in the FA Cup, without fail. In Spain, if a La Liga club like Barcelona draw a lower league club in the Cope Del Rey, then they’re fully expected to hammer them 8-0, and the invariably do. This is probably down to the emphasis on the technical side of the game in Spain. Obviously, Messi, Iniesta, Xavi and co will be far superior technically to their part time team mates and will roll them a side quite comfortably.

The same should occur in England, but of course, we have a greater emphasis on physicality. You might say, ‘ah yes but surely these players at the

height of their physical condition? Earning ridiculous amounts of money every week, they should out run and out strength a load of part timers.’ In theory, yes they should, but another factor comes into play: mentality.

I’m not suggesting playing against Barcelona isn’t a great achievement for lower league Spanish sides, and I’m not saying they’ll struggle for motivation against them either, but I’m fairly sure that the English club would be more fired up and determined in comparison. Don’t ask me why, maybe it’s the English culture? Or maybe it’s the magic of the Cup? Sorry for using such a cheap cliché, but it’s correct.

These guys often want to give these ‘overpaid prima donnas’ a late slide tackle from the rest of society, who slave away for hours everyday for a fraction of their wages begging for a half day off. They want to show these guys that they shouldn’t underestimate them and want to keep them on their toes, even if they’re playing against reserve team players and forgotten substitutes.

Also, the FA Cup can provide an income for a struggling footballing minnow that far eclipses what they’d normally earn in a year. This is simply invaluable and keeps many teams afloat, even if they only make the first round and consider an away tie at Gillingham as a massive draw. Again, as football evolves money is becoming more and more important, an extra few grand in prize money a ticket revenue can go a long way.

Most importantly though, the FA Cup creates stories, the type that kids dream of. I’m currently reading Dave Whelan’s autobiography and he vividly recalls his emotions during Blackburn’s cup run to Wembley in 1960. Although it ended in a sour manner for him, it was a tale that will live with him forever I imagine, and for every tragic tale the Cup provides, it also brings one of pure joy.

So for the sake of nostalgic old men in the arm chairs in the past, now and indeed in fifty years time; the FA Cup must be kept in its most dignified and vintage manner. The fans generally offer all they can, now the players and managers must also act to respect its history. Yes, that includes you Luis Suarez.