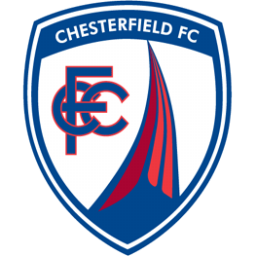 After 26 matches, Wigan are currently fifth in League One and sit just five points behind the automatic promotion places. On Tuesday night, the Latics hosted Sheffield United knowing that victory would see Gary Caldwell’s men close the gap on both Burton and Gillingham at the top of division.

However, Wigan let a three-goal lead slip as the Blades came from behind to save a point at the DW Stadium – much to the dismay of Caldwell and his side. Despite this, the signs are promising at Wigan and there’s absolutely no reason why the Latics cannot earn automatic promotion this season… and here’s why.

While they will be upset at throwing away a three-goal lead on Tuesday, Wigan are unbeaten in five league games and are starting to build momentum as the business end of the season approaches. They have scored 41 league goals this season – which is the joint-fifth highest total in League One. The likes of Will Grigg and Craig Davies have been instrumental so far and can help the Latics challenge for an automatic promotion spot.

But it’s their defensive displays that have been catching the eye. Before their victory over Gillingham last Thursday, the Latics had conceded just 22 goals all season – an impressive statistic. Their defence has been the main key to Wigan’s revival and it’s vital for the Latics to stop shipping goals sooner rather than later. As the old saying goes, “defence wins championships” and that is what Wigan are aiming to do.

Next up is a home clash with struggling Chesterfield. The Latics will be quietly confident of victory and punters will be tempted to back Wigan considering their recent home form. However, many will be looking for a price boost as Caldwell’s men are currently valued below even money to pick up all three points in front of their home fans. It won’t be easy but if this game goes by the form book, it’s hard to see Wigan dropping points in this one.

Prior to the beginning of the campaign, many believed that Wigan would challenge for the League One title – including club chairman David Sharpe. In fact, Bookies.com published an article that contained a number of price boosts on the Laticsthis season. With a bit of luck, both Wigan Athletic fans and Latics backers will be incredibly happy come the end of May!