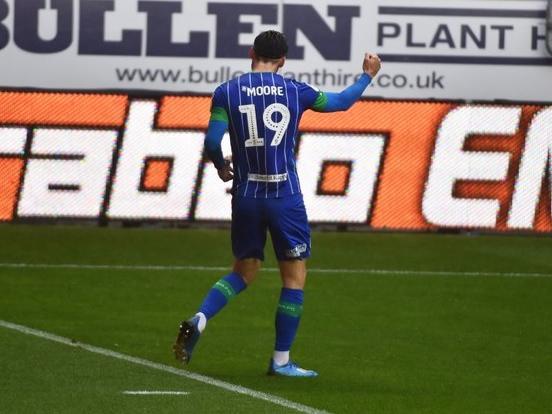 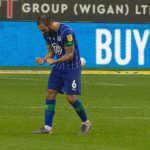 A Kieffer Moore goal helped Latics end a turbulent week for the club with a valuable three points against Mark Warburton’s Queens Park Rangers side in a tense encounter at The DW Stadium.

Yet again the players showed their total commitment to the club with an outstanding performance especially in the first half when the chances came thick and fast.  Jamal Lowe, Kieran Dowell and Kieffer Moore all had opportunities, before the Wales striker finally smashed the ball past Joe Lumley in the Rangers goal just after the half hour.  A tense second half followed with Latics hanging on at times but the defence, led superbly by Danny Fox, held firm for a vital win in the quest for survival on the back of a possible twelve point deduction although the club has appealed the decision.

The league table would effectively look like this had the points already been deducted:

With a far superior goal difference to the other three sides, The Latics find themselves four points from safety with four games to go, the next two of which are against Barnsley and Hull meaning that by this time next week survival could be back in their own hands despite the points deduction.

Manager Paul Cook dedicated the win to everyone involved at the club including the 75 staff made redundant earlier this week before issuing a rally cry for the fight ahead:

“We had to win tonight for them – for those people who’ve lost their jobs, for the club, for the town. And we did that.

We know everyone outside will have written us off with the 12-point deduction, we’re relegated. Well we’re not relegated, we’re still fighting.”

Cockney Latic MOM: Each and every single one of them
Referee: Geoff Eltringham (7/10)
Attendance: 0
Video Highlights: click here