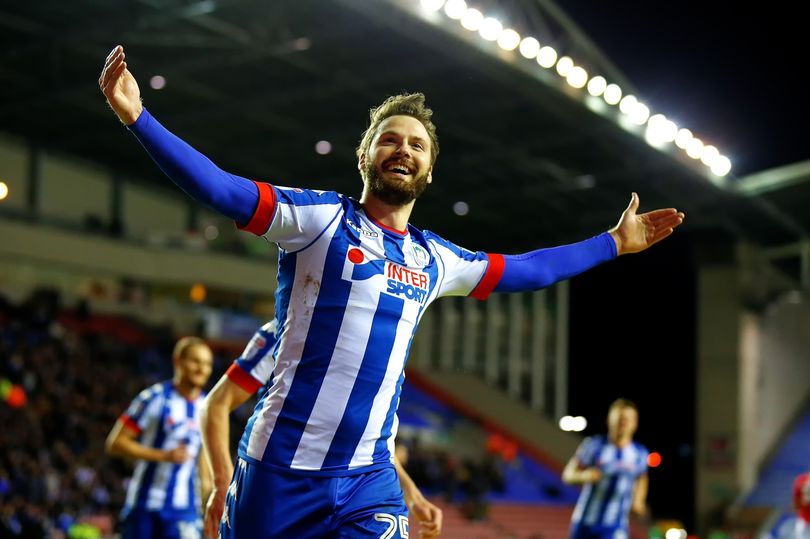 Wigan Athletic are looking to make significant changes to improve their chances going into next seasons having release six players in preparation for signing up some new talent Bonusbets.com reports recently.

Midfielder and former Republic of Ireland midfield star Darren Gibson is one of those on the chopping block. The thirty-one-year-old ex-player for Manchester United, Everton and Sunderland played just eighteen games for the Latics since joining them in August last year.

Callum McManaman, the winger, is also leaving having only started in one game since he joined Wigan last summer. The club has however offered Wales Under-21 goalkeeper Owen Evans as well as forward Nick Powell new deals, while Jonas Olsson and James Vaughn will also leave the club.

the club win the League One title in 2017/2018 and has scored some twenty-nine goals in ninety-nine appearances for the club since he joined in 2016.

However the striker’s contract has come to an end since his move from Manchester United, and there were rumours linking him with Wigan’s Rivals Sheffield Wednesday and Stoke City, so the deal offer was seen as eagerly anticipated by fans.

This was until the player announced that he would be accepting a deal from Stoke City on a free transfer and abandoning the Latics to find a replacement for him.

One key player that Wigan has managed to retain is the forward Gavin Massey as he has recently announced a new two year deal with the club, that will see him playing until at least the end of the 2021 season.

Massey, who is twenty-six, has appeared in seventy games for Wigan Athletic scoring eleven goals in that time including an incredible double on Good Friday helping them to win 2-1 over Leeds United. Massey told the club “I look back at it as a really positive season for me, especially because it was my first main season in the Championship and I know I can handle it. Next season, I am looking forward to kicking on even more. “

Massey had an injury-hit season, though he did have a good start, and great finish to the season scoring five goals in a run of twenty games, including over Stoke City. He told the club “We have class fans here and they have been really good to me since I have been here, I hope I have repaid them, especially with the goals at Leeds.

I am buzzing to get this done; it has been ongoing throughout the season and circumstances – in terms of how we were doing in the league – made me want to make sure we stayed up. I look back at it as a really positive season for me, especially because it was my first main season in the Championship and I know I can handle it. Next season, I am looking forward to kicking on even more.”

Let’s just hope that Wigan can hold on to some other players that have equally as good a season.