Wigan Athletic show the way for the Premier League 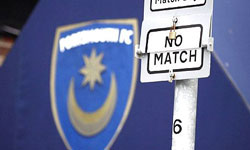 With the vast majority of Premier League Clubs in some sort of financial disarray, have Latics found the ‘key’ to surviving in the World’s biggest and best league without jeopardising our existence. With clubs like Liverpool in the limelight at the moment, could they learn some lessons from Dave Whelan and Wigan Athletic?

There are plenty of clubs who would love to be where are now (72 in the Football League for a start), but there also plenty that are where we are and have been where we are, but have put themselves at such financial risk that it could have put them out of business.

The likes of Portsmouth recently brought it all crashing home how fragile some clubs are, if you believe the press Leeds, Sheffield Wednesday and Nottingham Forest ‘deserve’ to be in the top filght because of their crowds (sic) and history, nothing to do with having sound finances and earning the right.

Yes we are seemingly in a survival battle every year, but at least we will be surviving as a Football Club due to the policies set down by Dave Whelan and the board. From a supporters prospective it may look like we have no ambition, but this is the real world and to make up the deficit between revenue and outgoings, selling players and having a limit on wages is something that has to be done.

Buy buying cheap unknown players, nurturing them and making massive profits when selling them to clubs willing to pay the fees is just our way at the moment. OK it means rebuilding the team every year, but it balances the books and keeps the Club going under its own steam rather than relying on foreign investment and for the ‘bigger clubs’ qualifying for Europe.

Wages are the main thing that is ruining the Clubs; they are astronomical at the higher level, even at Clubs like ours we have to find £40 million a season to pay wages that is before finding funds to buy the players and before working on pitch developments etc….. Is it only me that sees that this is all wrong?

The likes of Rooney, Terry, Lampard et al talking of £150 – 200,000 per week is just not right and it has to be curbed now. Yes it is the players that bring the success to the club, but their soaring wage demands will ultimately will be the downfall of these clubs and football.

I suppose the argument is there about Sky TV and their part in all this, the game was a family sport watched by fans that were treated like a family at their respective clubs. Now everybody is a customer and it is down to the mega bucks this TV Company has injected.

Surely the main bulk of the cash flow should be going into the Clubs coffers, not lining the pockets of the players and even more harrowingly their agents’. Surely the players must know that the more they demand the more they are plunging clubs into the cavern of debt.

The middle class bloke that used to take the kids everywhere to watch their local team is now a distant memory because they have now been priced out of supporting their team. They have to settle for hoping that they can drag the funds together to get a home season ticket, to pick and choose the away games if they can afford any and merchandise, well there we go into another debate.

There’s going to be a big named club that goes to the wall sometimes soon and that is when a knee jerk reaction will occur to safeguard clubs in the future, but it will be more than likely too little toolate. There are so many ‘businesses and foreign investment’ coming into the game, what happens when these people get bored or can’t see where any profits are going to come from?

Maybe Clubs should look at the model of Wigan Athletic now before the inevitable happens, start by slashing player’s wages and look at how businesses should be run, I am sorry to break it to everybody but no players are worth £50,000+/week.

I am pretty certain if you asked successful business men what percentage of the income should be wages, the answer will inevitably be less than 45% for similar turnovers to Prem teams. Though most top flight Clubs have their wage bill nearer 75-90% of turnover, it is unsustainable and inevitably will lead to debt, which if it is not offset against the Club isn’t so bad, but in the most part it is the club that bears all the debt.

Latics themselves probably fall into this wage bracket percentage, but they are slowly bringing it back into the Clubs favour due to the measures put in by the Board. We have to make up the short fall by selling players and the debt is against Mr Whelan not the Club itself but as time goes on the plan is for us to get that percentage right so that we don’t have to sell.

Our supporters might not like it but it is the way we have to be for now, we have to remember that 15 years ago we were playing in front of 1,500 fans, looking at dropping out of the Football league all together and that was if we hadn’t gone bankrupt first.

I am not for a minute suggesting that every team has to become a breeding ground for top players it can’t happen, but I feel a lot can be learned from how Wigan Athletic will not be dictated to as to how much we pay for a player or how much they should earn, we know our limits and over £30k a week is beyond them.

Agents are another cost that Football Clubs should not have, they are the player’s agent and so it should be the player that pays him. If players want the astronomical wages they seem to think they deserve, then they should get these agents to control their image rights and source the extra income from other sponsorship, appearances and a whole host of other avenues.

Leave the football clubs to function like a football club and most importantly survive, players seem to have lost their will to play for a club these days, they appear to have turned into mercenaries going where the pay is best rather what is better for their career or themselves.

There are no quick answers, but Wigan Athletic has a decent model to base finances on and it one that could help quite a few clubs out there. There is the other option of course if you listen to some of the Latics fans; spend big on players, pay big wages and obviously have us qualifying for the Champions League every season through winning the Premier League…..easy.