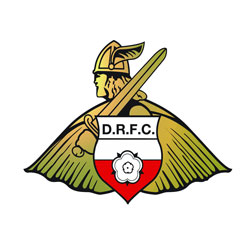 We take a look at past meetings between Wigan Athletic and this weekend’s opponents Doncaster Rovers.

August’s 2-2 draw at the DW Stadium was the first time the two sides had met in the league since the 1996-97 season and this weekend’s trip to South Yorkshire will come almost 17 years since John Deehan’s side lost 2-0 at Doncaster’s old Belle Vue ground on the way to winning the Nationwide League Division Three title.

This will be the 26th league meeting between the two sides with Wigan edging the honours with 10 wins under their belt compared with 7 for Doncaster.

Of those Latics victories 3 of those have come at Belle Vue and spoils have been shared on 4 occasions home and away.

However you would need to go back January 2nd 1988 for the last time they brought anything back at all from across the Moors.

Since then Wigan have been beaten on Doncaster soil on 4 occasions, conceding 12 goals to 5 scored.

Three players have scored hat tricks for Wigan in games against Doncaster Rovers with Harry Lyon scoring an historic treble in a FA Cup First Round replay in November 1965 after continuing the game with torn ankle ligaments.

Mick Quinn bagged himself the match ball at Springfield Park in October 1980 and Peter Houghton repeated taht feat in a 6-3 away win in September 1982.

Three players have scored in this tie and then gone onto manage Wigan with Roberto Martinez, Paul Jewell and Graham Barrow all getting themselves on the score sheet.

For a full run down of all the games played between Wigan Athletic and Doncaster Rovers – click here.