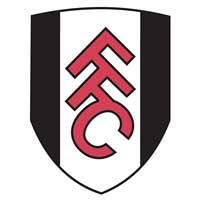 The Premier League is throwing up a lot of crunch matches this season with the Table being so close and as Fulham come to the DW Stadium this weekend, Wigan Athletic will have another chance to crawl out of those bottom three places.

Fulham are having a similar season to that of us and another 11 teams at the bottom half of the Table, none of us seem to be able to string those two or three wins together to see us move away from the pressures and stigma of the drop zone.

Something will give this weekend and hopefully the Latics faithful will witness a better performance that the one which saw us get turned over at Craven Cottage a couple of months ago. Wigan just didn’t turn up that day and in a similar vein to Newcastle, they were there for the taking as well.

Three points will see us leapfrog our visitors in the league, it will more than likely see us climb a good four places or so, results depending. But in all seriousness we need to make our remaining home games count now and with no disrespect to Fulham, this is a game we should take all the spoils.

Roberto Martinez will have seen some good performances from de Ridder, Piscu and especially McManaman to throw a bit more bodies in to the fray. It will be a tense game it always is when Fulham come and stick bodies behind the ball, hence the number of draws in recent times.

The last time we registered a home loss to Fulham was back on September 1st 1992; that is ten home league games. There has been seven draws (some quite boring ones) and three wins in that time and this would be the perfect time to notch it up to four.

The referee will be Anthony Taylor from Manchester, he has overseen 7 Premier League games this season, including Latics home win over West Brom and Fulham’s draw against Blackburn. He has dished out 23 yellow cars and 2 reds in the process.