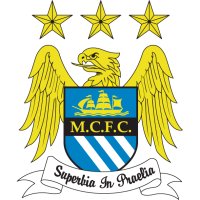 The Internationals are done and dusted and it’s back to the day job for the players as Latics host Manchester City at the DW Stadium.

As usual after the International break there is some serious upheaval as managers try to get some tactics together after players return home the day before the game. We and City are lucky in that respect as we have another day to prepare, but it is still a lottery as there will be some mixed emotions from players that qualified for the World Cup and those that didn’t.

Latics have the better over their near neighbours over the Premier League years, City having only won once in 8 attempts and that was our last meeting when we couldn’t break down a ten man City and Zaki missed the sitter of the season.

Mark Hughes does have his injury problems though with likely absentees of Lescott and Toure in defence and Bellemy, Kompany, Jong, Onuoha and Robino definitely sitting it out. Roberto on the other hand has a full squad to choose from after all the players on International duty came back unscathed.

Latics are having a weird season, beating Aston Villa and Chelsea but somehow not managing to win games dominated by us against Wolves and Hull. It is all about which team turns up against City, but if it’s the fast flowing, passing team that demolished the afore mentioned, we could be in for our third straight home win.