Wigan Must Tighten Up Or Risk Relegation

The weekend’s 3-2 defeat to Sunderland continued a worrying trend for the Latics of conceding easy avoidable goals in large quantities. Although a dominant second half display followed, it wasn’t enough to claw back the deficit caused by a first half collapse.

Those three goals mean that Wigan have now conceded 43 goals from 23 matches, an average of 1.87 a game. At this rate, Martinez’s men will concede 71 by the time the season ends in May. This would be the second highest Premier League total for a Latics team, with the only exception being the 2009-10 season, when a 9-1 defeat at Spurs and an 8-0 loss at Chelsea contributed to 79 goals being conceded.

The high amount of goals conceded has been an issue, especially as Latics haven’t been prolific, scoring 25 goals, only 58% of the amount of goals they’ve conceded. So for every goal Wigan have scored this season, they’ve conceded 1.72. The high amount of goals flying past Ali Al-Habsi puts too much pressure on the team to attack and score goals to counter balance those let in, which is clearly unsustainable and if anything, leaves the team more vulnerable to conceding further goals. Manchester United have got away with conceding high amounts of goals (for their standards) because of their quality up front, Wigan simply don’t have this luxury.

This trend however doesn’t look set to end soon though after Ivan Ramis’ injury against Fulham means he’s out of the season. Despite a shaky debut against Chelsea, Ramis has become a commanding centre half and a key player in Martinez’s back three. Without him, it’s only likely the rate of goals conceded will increase. The elongated absence of an integral part of Wigan’s back three last season, Antolin Alcaraz, hasn’t helped matters either.

The aforementioned trend has caused many to wonder the cause of the issue. Some have suggested that the 3-4-3 formation leaves Latics open defensively and vulnerable to conceding goals. And they may have a case.

Although when the wing backs tuck in to make a five at the back it should make Wigan more solid, the over emphasis on them to do so, especially after offering attacking width, leaves holes at the back in wide areas. Stam and Beausejour have been criticised for this but I do sympathise with them a little as they have to do far more running than most of the others in this system. When one of the centre backs gets dragged out wide to cover for a wing back, it leaves gaps in the middle which strikers can take advantage of. A further problem occurs when the opposition have attacking full backs overlapping their wingers, as this can leave the Latics wing backs outnumbered two on one.

A second issue with the 3-4-3 is the central midfield area. With the 4-3-3 and 4-2-3-1 systems proving very popular in the Premier League, the two Wigan central midfield players are often outnumbered in that zone. Although James McCarthy and James McArthur have tremendous energy, it’s difficult for them to constantly chase three men around the pitch. This can make it difficult for Wigan to win the ball back quickly and can cause sustained periods of pressure from the opposition. This problem is sometimes nullified when Shaun Maloney drops in the hole to form a 3-4-1-2 but this can compromise attacking width.

Personally, I like the 3-4-3 formation as it’s fairly unique in a league filled with back fours. However, now teams are seemingly working it out it could be useful for Martinez to have a plan B up his sleeve for periods in games when Latics are enduring sustained pressure. An example of this is to keep the wing backs as full backs in a back five and slot the two wide forwards into wide midfield areas to create a 5-4-1. This however does invite pressure and can be very negative, especially for home games. Wigan did display its effectiveness though when defending the lead at the Emirates for eighty odd minutes in April.

Some have also questioned the recent form of Al-Habsi in goal. Whilst he has made some mistakes, especially compared to his high standards, I don’t think he is the main factor behind our high amount of goals conceded. For every howler he’s made (for example against Reading) he has made several fantastic saves to keep us in games. In fact, Ali might point to his defenders’ clumsiness as to why he’s conceded so many, with seven penalties being given away already this season. Plus, the arrival of Joel Robles from Atletico Madrid should provide him with the pressure needed to improve his performances further and hold onto his jersey. Which some thought was his role when he first arrived at the DW when Chris Kirkland was the number one keeper.

If you’re looking at figures to find the answer, you could conclude that Martinez’s expansive style of play hasn’t helped Wigan’s defensive record. In the three previous campaigns under Martinez, Wigan have conceded 79 goals (2009-10), 61 goals (2010-11) and 62 goals (2011-12). This is a noticeable increase from Bruce’s side of 2008-09 (43 conceded) and the Hutchings/Bruce season of 2007-08, when Wigan conceded 51. Prior to that, under Jewell, Wigan only conceded 52 in 2005-06 and then 59 in 2006-07. Maybe Martinez’s emphasis on ball retention and playing out from the back has meant that the organisational skills that Wigan were renowned for under Bruce have been compromised. I’m not criticising Martinez here as I’d much rather we at least attempted attractive football on the floor than some of the longer tactics we saw under Bruce, but the stats can’t be ignored. 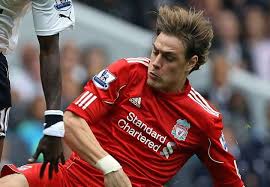 To address the problem, Roberto has stated he plans to enter the transfer window and specifically the English market, as he thinks a player from the Spanish league may struggle to adapt mid season, which is only sensible. Today I’ve heard Ronald Zubar from Wolves mentioned, who doesn’t fill me with hope as he wasn’t the first name on Wolves’ team sheet last season when they finished dead last. Sebastian Coates has been linked with a loan move from Anfield, and that one could go either way. He clearly has talent if he plays for Liverpool, but his lack of first team action over the last season and a half could mean he’s a slow starter.

One wildcard I’d like to throw out there is Birmingham’s Curtis Davies, who I saw being linked with a £1.5million move to Reading recently. Although Birmingham’s league position (19th in the Championship) may question his Premier League credentials, he’s a ball playing centre half who’d fit into Martinez’s system comfortably. He’s also good in the air and has Premier League experience. £1.5million would probably be cheaper than any alternatives, unless a loan deal for somebody else is on the cards.

However Martinez does choose to deal with the problem though, it needs rectifying quickly if Latics are to arrest their current slump.