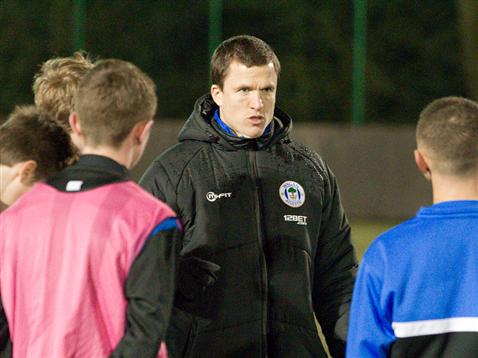 Gary Caldwell has probably barely been off the phone during the summer given the number of new signings to come through the door at Wigan.

Following relegation to League One, an overhaul was clearly needed and Caldwell looks to have made plenty of astute signings in his bid to lead the club straight back into the Championship.

The players brought into the squad are now of a different calibre to those who once made Wigan dangerous outsiders in the FA Cup betting, but they certainly appear capable of justifying the team’s tag as one of the favourites for promotion.
Here, we take a look at the five signings who could turn out to be the best and most influential over the coming months:

WILL GRIGG
A proven striker at League One level, Grigg scored 20 goals in 31 starts on loan at MK Dons last season. He also scored 19 in this division for Walsall in 2012/13. The Northern Ireland international was a key figure in helping MK Dons to get out of League One and that experience, in addition to his ability in front of goal, will be crucial. He also knows how to score against better teams as well after scoring twice in MK Dons’ 4-0 thrashing of Manchester United in the Capital One Cup last season.

MICHAEL JACOBS
Since leaving Northampton for Derby in 2012, the winger has probably not quite delivered as consistently as he would like, but he is an important addition to the Wigan squad. He helped Wolves to win promotion out of League One in 2013/14 after scoring eight goals during the closing months of the season. He can again chip in with his fair share of goals and, when he is on his game, there are few more dangerous attacking players in the division.

REECE JAMES
Persuading James to drop down to League One was a massive coup for Wigan after they spent £1million to beat Fulham and Nottingham Forest to the left-back’s signature. James’ only senior appearance for Manchester United came in that League Cup defeat by MK Dons last year, but he had impressed on the club’s pre-season tour when scoring twice in a 7-0 win over the LA Galaxy. He then had loan spells in the Championship with Rotherham and Huddersfield, and clearly has the talent to play at a higher level.

CRAIG MORGAN
Signing players who know this level has been important for Caldwell, especially given it has been a fair while since Wigan have been in the third tier. Few players possess the know-how of getting out of League One more than Morgan, who has won promotion to the Championship with both Peterborough and Rotherham. The centre-half played with James at Rotherham last season, and his influence and experience can be the bedrock for Wigan’s success this year.

MAX POWER
With a name to fuel any number of headlines, the midfielder will be aiming to build on being Tranmere’s top scorer last season. That may have been in League Two, but he already has a couple of seasons of League One football under his belt. He has only just turned 22 and has plenty of potential still to fulfil. He has the attributes to be a central figure for Wigan in midfield.