Wigan’s History in the World Cup 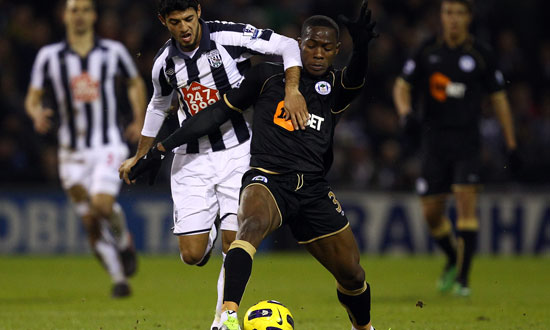 Wigan Athletic’s rise to prominence in the mid-2000s brought a number of exciting players to the DW Stadium that made a name for themselves in the Premier League as well as the world stage.

There have been a number of Latics players that reached the lofty heights of representing their countries at the World Cup. Samy Morsy flew the flag for Wigan this time around in the competition in Russia, although Egypt lost all three of their matches.

Morsy featured in the opener against Uruguay and collected a yellow card and was left out of their side for the second and third matches. Other players have been more successful than Morsy in the past. We’ll now break down the best of those former stars, some of whom had slightly more success. The Latics

Kingson had the most success of a Wigan player at a World Cup, reaching the quarter-finals in the 2010 competition in South Africa with Ghana. The keeper was not a heralded signing when he was brought to the club by Steve Bruce from Birmingham City to act as understudy to Chris Kirkland. He made only five appearances in all competitions during his two years before being released after the World Cup in 2010.

However, he remained on the books during the competition, which he played in all of Ghana’s matches. He began with a clean sheet against Serbia before playing in the 1-1 draw against Australia as Brett Hollman found a way past him. Mesut Ozil scored the only goal in Germany’s 1-0 win over Ghana, although they still eased through to the round of 16. The Black Stars defeated the United States through an extra-time goal from Asamoah Gyan after Landon Donovan cancelled out Kevin Prince-Boateng’s opener. Heartbreak came in the quarter-finals where Luis Suarez played the villain as Uruguay advanced on penalties, with Kingson failing to make a save as his side crashed out.

The Serbia keeper joined Wigan during the 2009/10 campaign under Roberto Martinez. His move was a loan deal from Sporting Lisbon and he was mainly utilised as a back-up at the DW Stadium. He made six appearances in his loan spell, including four in the Premier League. Stojkovic was not on the winning team in any of his starts for the club. This included the Latics’ shock FA Cup defeat at the hands of Notts County in the fourth round of the competition.

He went on to represent Serbia in the 2010 World Cup in South Africa. He played in all three of his side’s Group D matches, where they did produce a shock upset of Germany. However, they were beaten by Australia and Ghana in their other two matches, failing to advance. Stojkovic remains Serbia’s number one to this day and was active in his side’s 2018 World Cup campaign in Russia, although their defeat to Brazil prevented them from reaching the latter stages of the competition. Serbia have a few exciting players in their ranks, and although Stojkovic may not be part of their squad in four years time it’s certainly worth monitoring their odds to qualify for Qatar 2022.

Figueroa was a staple of the club during his six years at the DW Stadium. He was a reliable operator down the left flank, providing a high level of play under Bruce and Martinez. The Latics fended off attempts from other clubs to secure his signature. The defender was solid and was capable of going forward, scoring a stunning strike against Stoke from the half-way line in the 2009/10 campaign.

He continued to be a part of the Latics defence, playing a crucial role in the FA Cup final win over Manchester City. Throughout his time with the Tics, he played for Honduras, including at the 2010 World Cup. Thomas signed for Wigan ahead of the World Cup, becoming one of Martinez’s first signings of his tenure. He made 55 appearances in three seasons, making the bulk of those in his first term which saw him secure a place in the squad for South Africa.

Both Figueroa and Thomas played in their opening match of the tournament against Chile. Figueroa started from the off, while Thomas was a second-half substitute. However, Jean Beausejour, who we’ll get to later, scored the decisive goal of the game to guide La Roja to victory. Figueroa started in the heart of the defence against Spain and, although Honduras put forward a decent performance, they lost 2-0 to the future world champions, crashing out of the competition.

Both players were back in the fold for the final match against Switzerland, who had earlier beaten Spain in their opening game of the tournament. Figueroa was shifted back to the left, while Thomas started in midfield as their side played out a 0-0 draw against the Swiss, ensuring that their side had at least one result to show for their time in South Africa.

Beausejour moved to Wigan in 2012 from Birmingham City, two years removed from scoring for Chile at the World Cup against Figueroa and Thomas’ Honduras. He made 50 appearances in the Premier League and another 35 in the Championship before leaving the DW Stadium in 2014. Beausejour was a solid performer for the Latics and was part of the side that triumphed over City in the FA Cup final under Martinez.

He was part of the Chile side that reached the round-of-16 stage in the 2010 World Cup before their defeat at the hands of Brazil. Due to his form for Wigan, he was named in the Chile squad for the 2014 World Cup in Brazil. Beausejour became the first Latics’ player to score at a World Cup when he found the net in stoppage time in La Roja’s win over Australia in their Group B opener. Chile defeated Spain in their second match, although Beausejour was an unused sub on the bench.

He returned to action, but could not stop his team slipping to a 2-0 loss to the Netherlands in their final group game, even though they had already qualified for the round-of-16. Chile faced off against Brazil in the first knockout phase for the second time on the bounce in World Cups. The contest went all the way to penalties, but Jorge Sampaoli’s men were knocked out, although Beausejour did not feature.