Will Grigg be on fire? 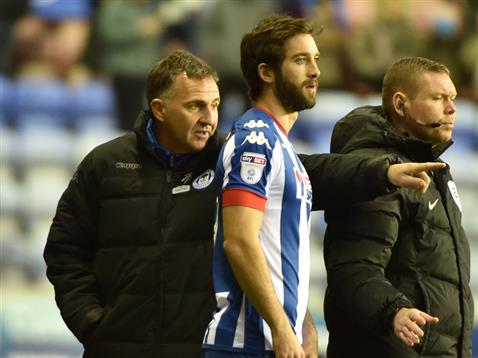 As Wigan look ahead to the new League One season, there’s a certain striker who could be set to star for Latics. Will Grigg was propelled to international notoriety last summer, when the striker’s catchy chant took the European Championships by storm.

Now though, it’s all about helping Latics bounce back to the Championship after last season’s relegation. Head to www.matchedbets.com to find out how you can make the most of Wigan’s place among the favourites for the third tier.

Even though Grigg didn’t manage a single minute at the Euros, this didn’t stop the Northern Ireland faithful belting out his famous song throughout the tournament, with opposition fans even getting involved. It brought the player a whole new legion of followers after shooting to stardom back in the UK prior to the competition.

The striker is now firmly looking ahead though to the coming campaign. Aside from a difficult season at Brentford, the No. 9 has flourished in League One. A storming season at Walsall in 2012/13 earned Grigg the move to Griffin Park, while the goals flowed for both MK Dons and Latics in subsequent campaigns.

They somewhat dried up last term in the Championship, but take that spell at Brentford out of the equation and Grigg has 64 goals in his last 125 League One outings. It’s this kind of goalscoring form that will make him a valuable commodity in any Latics promotion push.

The quest to get back in the Championship begins in early August at Grigg’s former stomping ground Stadium mk, where he spent a season on loan. Local rivals Bury are the first visitors to the DW Stadium, before the short trip to Boundary Park to play another local side, Oldham. Before all that though, there’s a pre-season friendly against Liverpool at the DW to look forward to.

After the debacle of last season, when the club went through three managers, there’s hope of some stability under the guidance of new boss Paul Cook. The 50-year-old had two spells with Latics as a player, so he has something of a head start in that respect. He’ll be looking for a strong opening to the season to set up the rest of the campaign.

It can be a long and lonely season in League One if all’s not going well, while slipping down another division would be a disaster for Latics. It’s already tough enough to take a second relegation to League One after that joyous FA Cup win at Wembley as recently as 2013. The last time Latics dropped down this low though, they responded by winning the league, with Grigg finishing the season as top scorer.

Latics fans will be hoping that they get to belt out “Will Grigg’s on fire, your defence is terrified” on a regular basis in the coming season, as the striker just scores more and more goals.